I recently stayed at the Sydney Capsule Hotel on Liverpool Street out of curiosity. While it’s very conveniently located, it’s not an experience I recommend, but not everything was terrible and it might work in a pinch if you bring a sleeping bag or blanket. 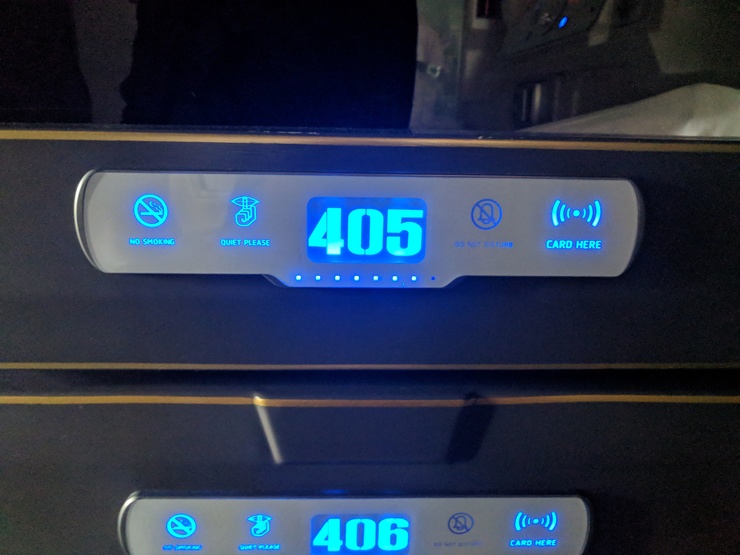 Check-in was reasonably easy, although I can imagine it taking ages at peak hours since the front desk only has room for one person. I was provided with a handy guide on how to use everything, although the instructions for accessing the provided locker were out-of-date - it’s since been replaced by an easier system where you can just swipe your room card. The lockers were quite big (about 1m deep, 1m high and 70cm across), although access could be an issue if you get one on the top row - a shorter female guest wanted to swap lockers with me, since she couldn’t reach the back of her locker on the top row.

Speaking of other guests, it’s mostly a backpacker-style crowd, which makes sense. Despite this, the communal areas were pretty deserted, so the place is pretty clearly being used as a crash pad for out-of-towners going partying. As such, people were coming and going all night, which wouldn’t be a problem if the capsules didn’t leak so much sound.

Ah, the capsules. First, the good bits - they were clean, and the wi-fi was excellent. I didn’t do a speed test, but it had both a 2.4GHz and 5GHz channel available, and sat on 28mbps while doing software updates and I had no connection or speed issues, and there doesn’t appear to be any sort of filtering or QoS going on. 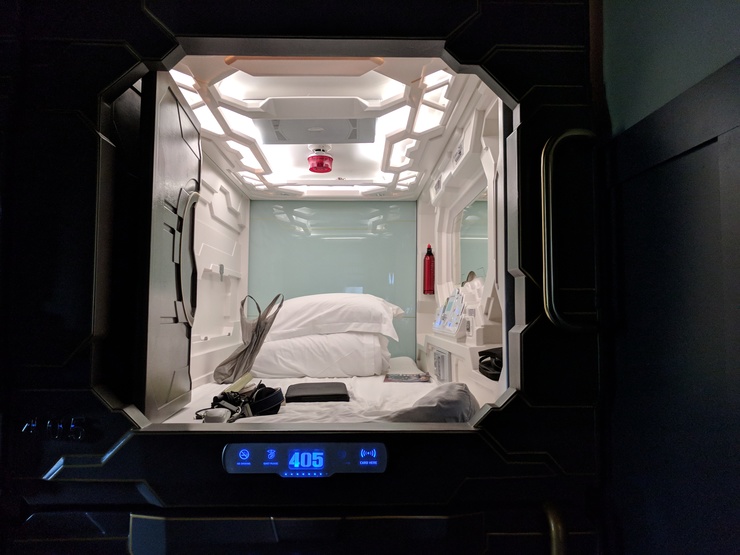 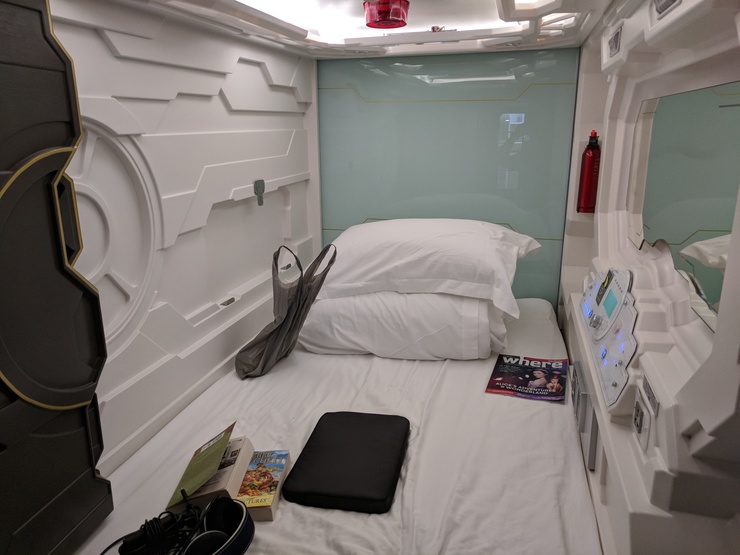 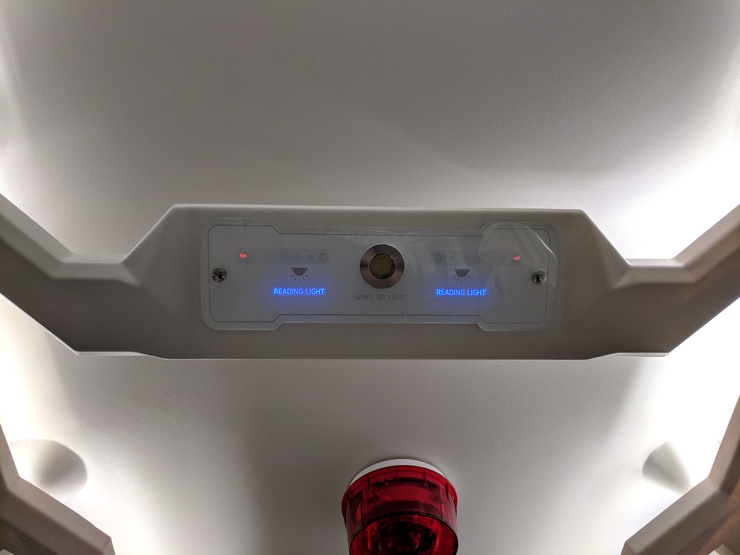 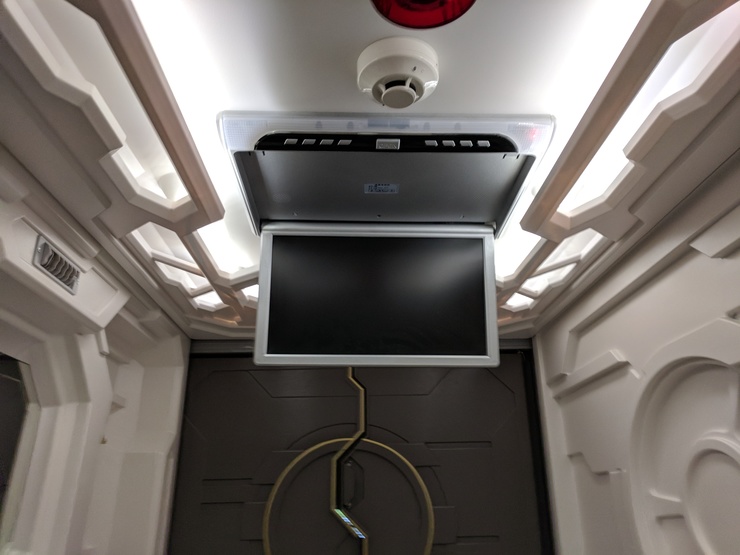 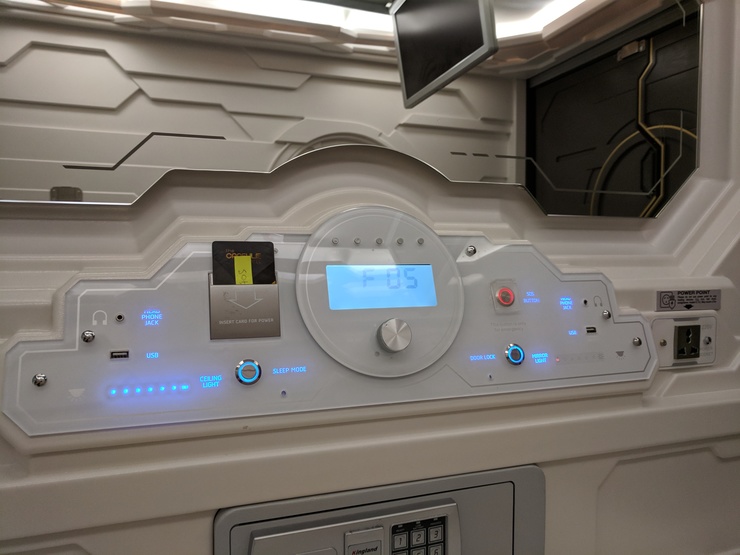 They also provided a reasonable amount of storage inside the capsule for chargers/laptops/etc., with a large laptop-sized cutout on the right with a clip up the top where you can store a laptop vertically, a bunch of smaller shelves on the left-hand side, a couple of hooks that I found useful for clothes and cables, and the ability to hang things from the roof.

Everything else about the capsules was pretty bad. They’re made of an extremely cheap, flimsy plastic that creaks loudly as you get in or out of your capsule (I was woken up a few times during the night by other people on the top row), and when you roll over. Oh, and I mentioned hanging things off the roof previously, which is something you’ll need to do - the gate-folding door has a large gap in it, to the point where I woke up from the sunlight before my alarm went off. 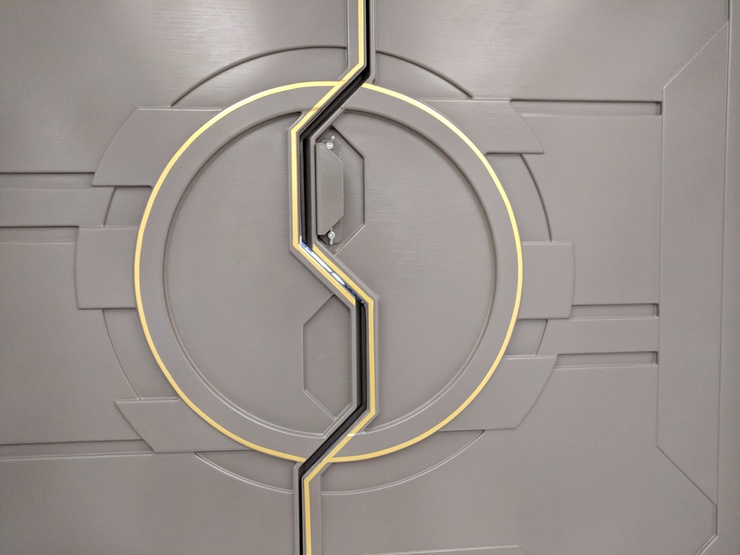 It was a surprise I got to sleep in the first place though, since the mattress is thin (so much that I found it uncomfortable to sleep on my side, as my shoulders hit the hard plastic floor). They also don’t provide any linen or toiletries (BYO towel and soap), so you’re just sleeping on top of the provided mattress. This might not be so bad, except that there is no way to adjust the temperature of the capsule, only the fan speed. I found it comfortable enough, but I generally sleep quite hot, and was wearing socks and trousers.

As if that wasn’t bad enough, there was constant music from Bar Century below, but I was staying on the bottom floor of the capsule hotel, one level above the VIP Room - it might be better if you get put on the upper floor. I also got kept awake by the incessantly blinking (and extremely bright) smoke alarm inside the room, and the LEDs on the control panel, which mostly turn off except for a couple right at eye level. I ended up dealing with these by hanging more stuff from the ceiling.

Speaking of the control panel, it all works mostly as you expect, with adjustable lighting and the ability to unlock the door. The USB port didn’t fast-charge my USB-C phone over a known-good A-to-C cable, and the 240V outlet was also difficult to plug into. I suspect it’s dual-compatible with Chinese adaptors.

The bathroom was quite good, with large, clean showers with plentiful hot water. Some more hooks (for clothes, towels etc.) would’ve been appreciated though.