I’ve had to take a few weekends off the Land Rover, so it’s been a little while since the last blog post. I’ve been consistently getting small bits done after work, and I’m done all of them with the exception of a little touch-up paint and some backing plastic for the number plates.

There isn’t really much to write about here - I finished off the interior with a bunch of rubber blanking grommets in the right spots, and by completing the cleaning job I started in my last blog post. I also got a few rivets sorted out in the rear tub that I’d forgotten about. It’s a reasonably comfortable place to sit, albeit a bit dark with the roof on (and there’s only just enough room).

I finally got around to cleaning up the exterior of the car, which obviated a few more places where I need some touch-up paint. Nothing dramatic, just a few spots where I sanded the clear coat a bit too agressively or slipped with a screwdriver.

I aimed the headlights properly, or at least did it by the procedure in the workshop manual - I’m sure they’ll need some tweaking once I take it on a real road. There’s also now a small tool bag in the back with a few basic items to get me out of trouble (hand air pump, shifting spanners, etc).

There were a few more mechanical items that needed sorting, including the distributor timing (done, including replacing some of the mounting hardware) and dropping the fuel tank to replace the sender unit. The fuel gauge now works, which is nice. I also decided at the last minute to replace the brake shoes and wheel cylinders, since the OEM cylinders were back in stock (they weren’t available when I first did the brakes). This necessitated bleeding the brakes, which still needs some work but is done enough to move the vehicle - read on for more about that…

The vehicle moved under its own power this weekend, which was good. It was also the first time I tried to start it with the “real” electrical system, instead of bypassing it and hot-wiring things. I had a friend on standby with a fire extinguisher, but happily it wasn’t needed.

It mostly ran well, but as is tradition, I now have a list of other minor things to fix:

There’s still a few minor issues that were outstanding previously, too - I need to adjust the handbrake a bit, since I don’t think it’s quite holding the car at the moment. I also need to fix up the hand throttle, but that depends on getting the idle speed correct.

All in all, I’m pretty happy but there’s still a few weekends of work to be done. 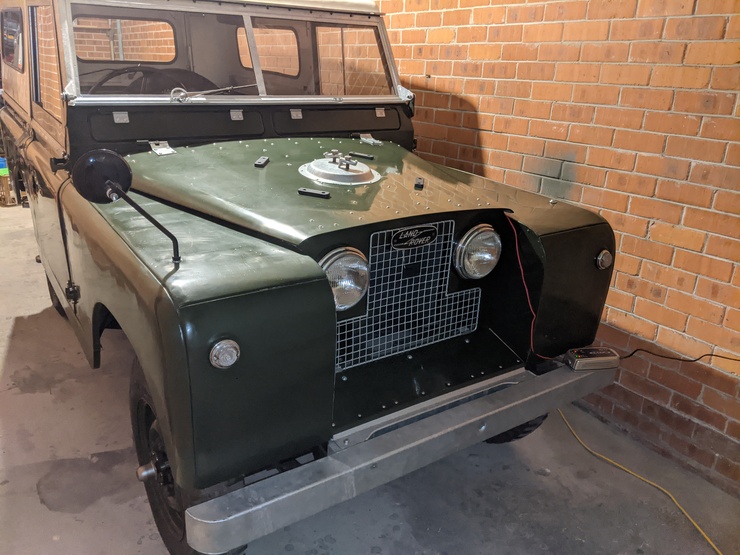 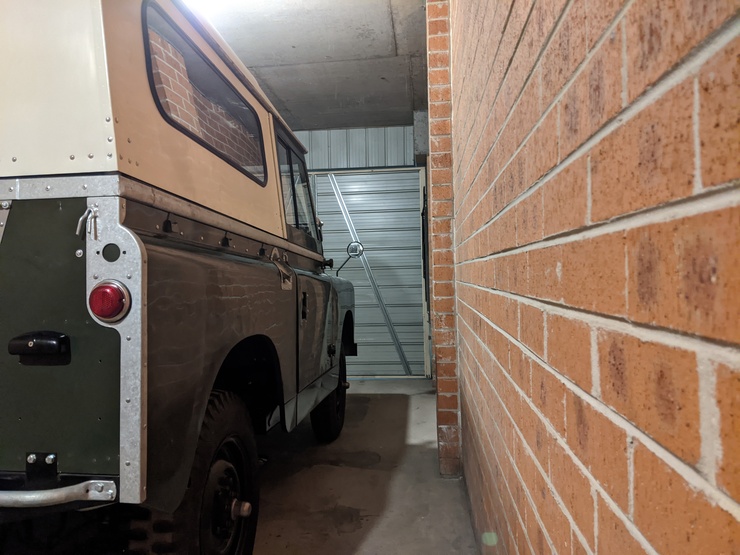 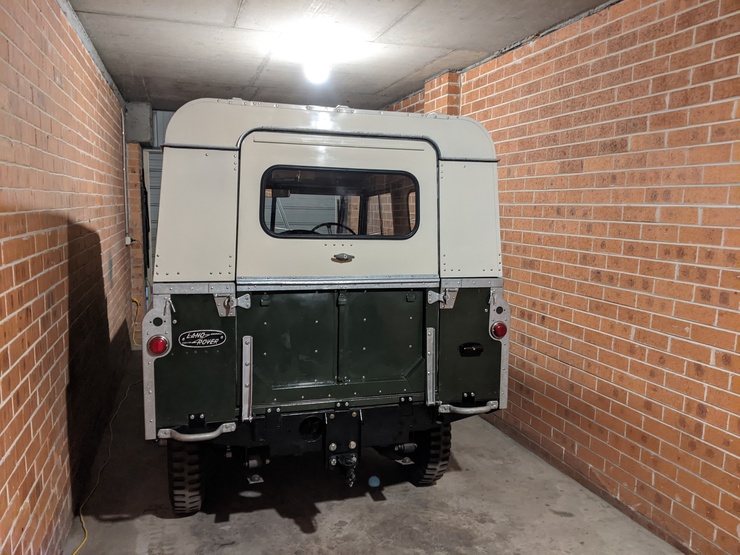