Had to take care of some other stuff during the week, so I didn’t get as much time to work on the Land Rover this week as I wanted. Still, I’ve been making good progress knocking over the various small bits remaining on it.

This has dragged on for a while, and I’m glad it’s finally over. The driver’s door shuts nicely, although the passenger door still needs a bit of pressure - hopefully those seals “bed in” with time and it gets easier. The solution, at least on the passenger side, was to completely remove all of the Bearmach seals and throw them in the bin. I’ve done the entire door frame with double-sided adhesive and generic door seal, so hopefully it lasts. The driver’s door seems to be working well so far.

The seals for the vents in the bulkhead are also done, using the same technique (although I ended up using a smaller type of seal).

Made good progress on the remaining tasks for the interior of the car. The steering column was making a loud squeaking noise when turning right, so I’ve put some oil down the column and hopefully it clears up. I also installed a fire extinguisher in the passenger footwell. I hope to never need it, but with an electrical system as poorly designed as the one on this vehicle, there’s a good chance I will. I got a replacement fire extinguisher for the rest of the garage. 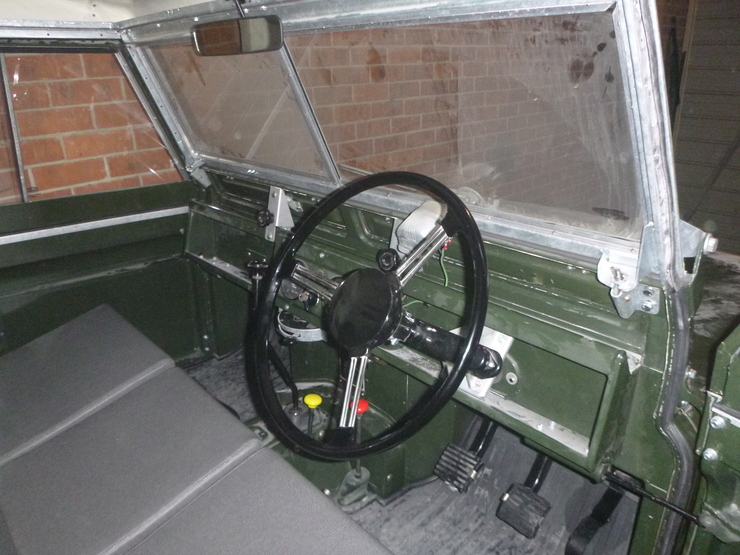 I got the rubber pedal covers installed - despite coming in a “Britpart” bag, they’re quite high-quality items. I also cleaned out the rear tub and cut out a thick (3mm) rubber mat for the central section, it’s looking much nicer now. Just a tip, if the spare wheel isn’t sitting vertical as you tighten down the retaining wingnut, wedge a block of wood between the tyre and the support post. 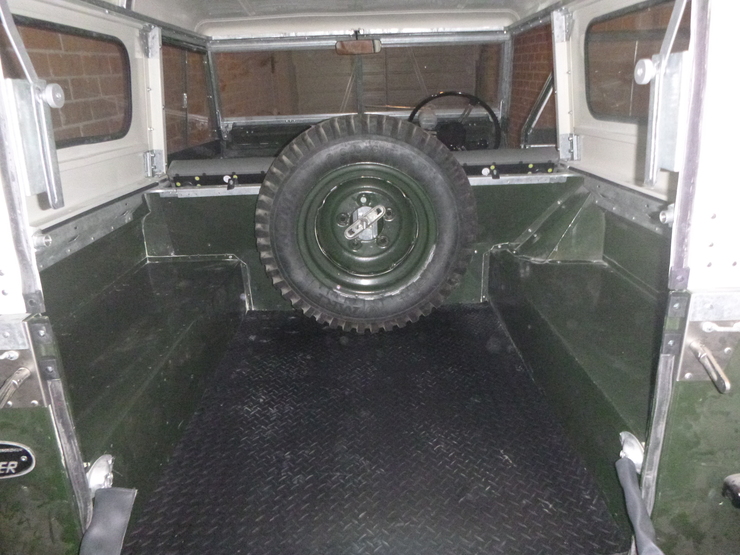 I got the various gear knobs installed too. Just a note on the wingnut for the gearbox filler panel, part number 301074 - John Craddock lists this as being in stock, but the item I got was brass and threaded as UNF. I’ve made it work by running a 1/4” BSF tap through it, but I highly recommend saving your money and just getting a generic 1/4” UNF wingnut and re-tapping it yourself. It doesn’t need to take much load, so it ends up working fine.

Got some minor mechanical bits done, too. I re-adjusted the handbrake since I didn’t quite get it right last time, and greased the clutch and brake pedal pivots. I’ve fitted grease nipples to these instead of using the original bolt and filling with gearbox oil as per the manual. I’ll have to wait and see how that turns out. I also went around and double-checked the oil levels on everything, and sorted out a minor issue with the 4WD lever.

I wanted to get this replaced during the week since it’s stuck on “full” (as previously mentioned), but I didn’t get the time for it. I tested out the replacement unit, and it seems to work the opposite way to the original - it decreases resistance when the tank fills up. I’ll have to see if I can modify it to make it work how I want.

Not much to say here, other than it’s good to get a bunch of junk out of the way. 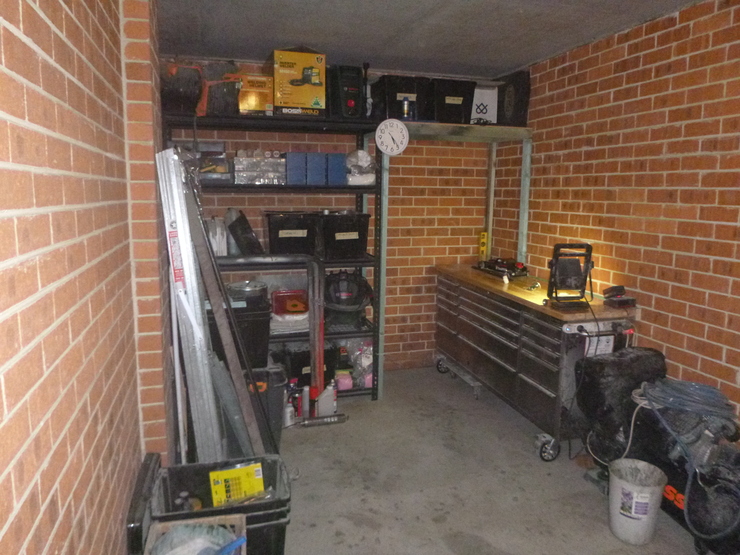 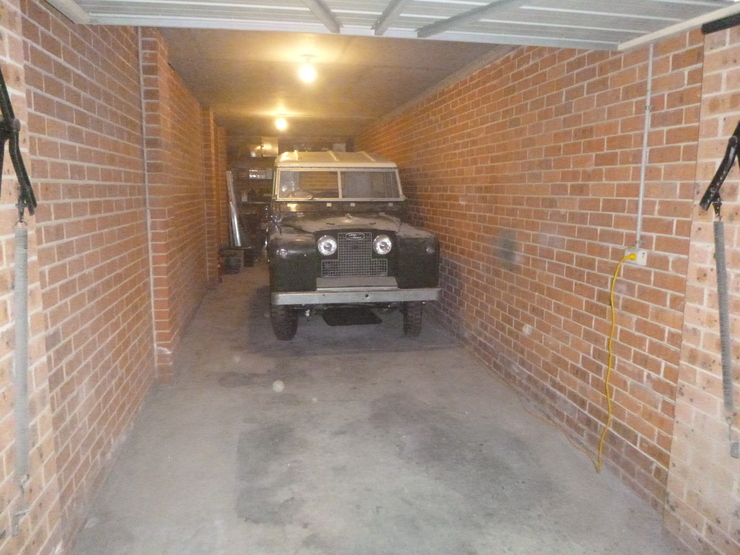