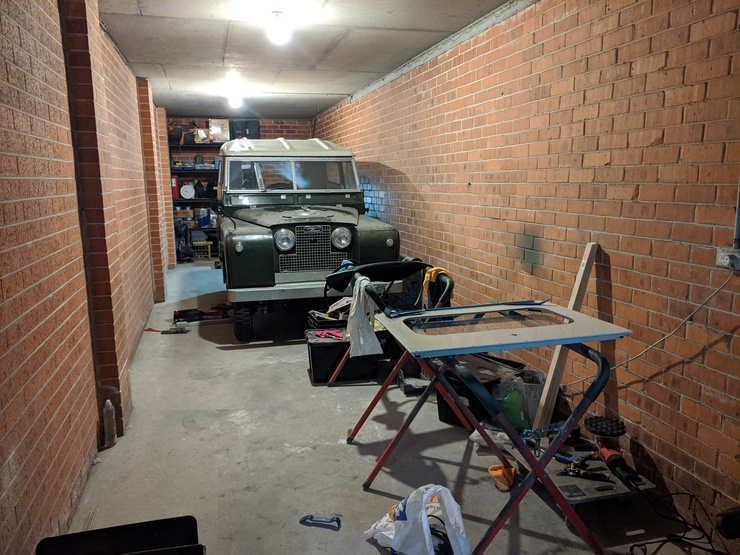 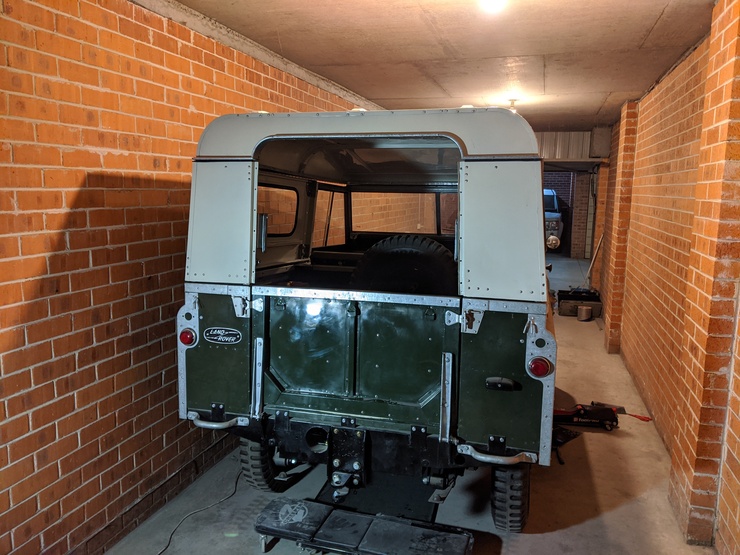 Unfortunately, as you can probably see from the rear photo, it doesn’t quite line up with the quarter panels. They’re about 20mm too wide, so I’m going to have to loosen them off the rear tub and rejig things until all of those panels play nicely. As such, the roof panel is just held in place temporarily with zip ties.

I’d intended to get the rear tailgate ready to install, but there are a few minor issues that need to be sorted out first. The glass doesn’t fit as I had it cut slightly too large, so I’ll have to get another piece cut. That’s no big deal, since there’s a glass shop reasonably close by that’s pretty quick and has good pricing (I’m happy to recommend Sydney Glass in Bankstown, if anyone reading this needs some glass made up). I considered cutting the aluminium back a few millimetres to accept the larger glass, but the root problem is that the glass is the wrong size so I’m going to fix it properly.

There’s also an issue with the latch, as I don’t have the key for it and I can’t find a way to get the barrel separated so I can take it to a locksmith. Replacements aren’t particularly expensive, so I’ll probably just replace it (and have a fourth unique key for the vehicle after the ignition, passenger door, and driver’s door). The inner handle is cracked where it meets the corners of the square shaft, but I think I can repair it to a point where it won’t crack further (replacements for the inner handle are relatively expensive).

Despite that, I did manage to get it cut, buffed and polished, as well as getting the hinges installed and getting the mechanism mostly back together. 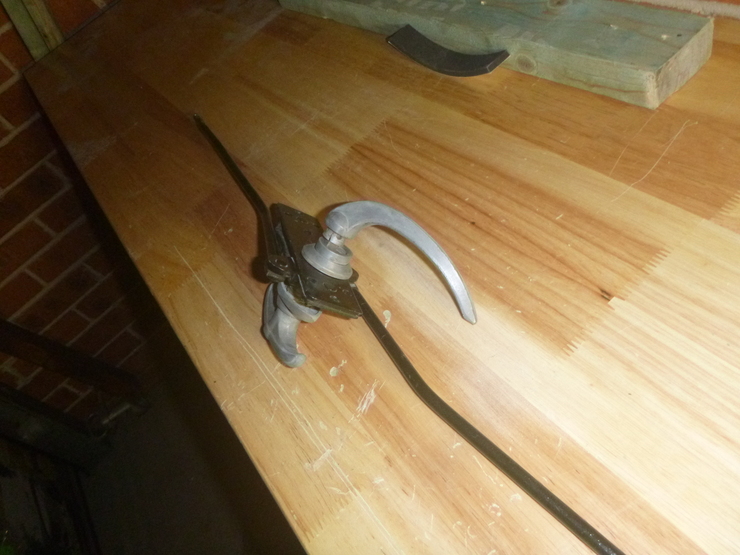 I’m moving on to the “odds and ends” part of the project, where I’m catching up on smaller jobs that I didn’t do earlier either because I didn’t feel like it, or because they’re two-person jobs. This week, I (with some help) got the tail light wiring covers installed in the rear tub, aligned the driver’s door so it closes properly, and got some more substantial timber under the seat bases so they don’t slide around any more.

As you can probably see from the photos, I’ve spent some time rearranging the garage - the work area is now up the back, and I’ve cleaned it up a bit more so that there isn’t anything in front of the Land Rover.