It’s been almost two months since the last blog post, as I’ve been travelling for about three weeks of those two months and haven’t had anywhere near as much spare time as I normally would. I’ve got a bit more travel coming up, so I apologise for both the previous slow patch and the upcoming slow patch.

Not much to talk about here, other than the fact that I’m really annoyed the galvanising shop bent the roof frame. It’s not major, but the fact that they didn’t tell me indicates a poor attitude towards quality and honesty. There are a few parts I’m yet to galvanise, which need some form of repair work (welding, straightening, etc.) 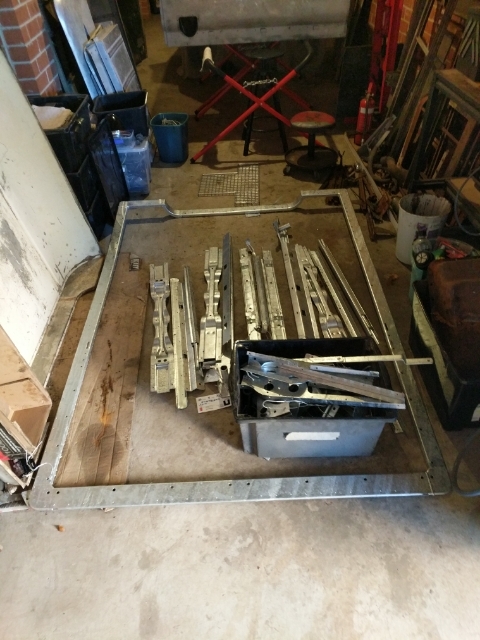 This is where the bulk of my spare time has gone. When I got it back from the panelbeater there were still a few small things that needed some panel filler - just small nicks and scrapes around welding marks, etc. Once that was sorted, I decided to paint it in two rounds - first the exterior, then the interior. For the exterior, I placed it upside-down on some panel stands and masked off the interior of the tub. This worked well, except that it was a struggle to reach the middle part of the floor which resulted in some tiger stripes on the underside. I’m not worried about this since it’s not visible at all once the car is back together. 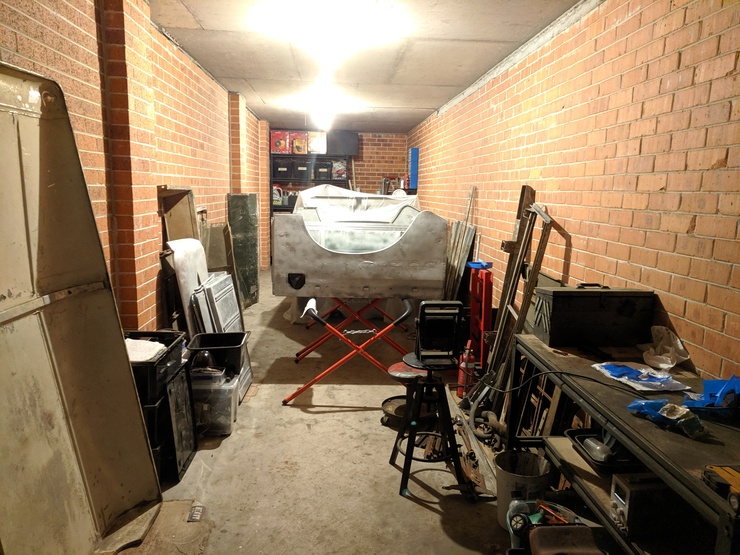 Once I finished the exterior and moved the panel to a position that would let me do the interior, I ran into a couple of issues with my spray gun. The primer went on just fine, but when I went to do the colour and clear coat the next day, I found that the gun would only spray for a few seconds before the paint would stop flowing and I only got air.

The paint shop I bought the gun from indicated that it might be a clogged vent at the top of the paint pot (since it’s a gravity feed gun). I tried the next weekend and this was indeed the issue, but then something else failed - the gun started leaking a massive amount of air out of the tip, even when I wasn’t pulling the trigger. It wasn’t leaking paint, luckily.

The paint shop didn’t know what the issue was here, but not wanting this to hold me up, I went and bought a cheap ($80) spray gun from AutoPro. It’s a Scorpion brand, and while I managed to make it work, it’s not something I’d recommend. The paint goes on in quite a blotchy way unless you get the air pressure exactly right, and it’s nowhere near as maintainable as the professional-grade spray gun I normally use (which comes completely apart for cleaning). It got me unstuck though, and now the rear tailgate is done. 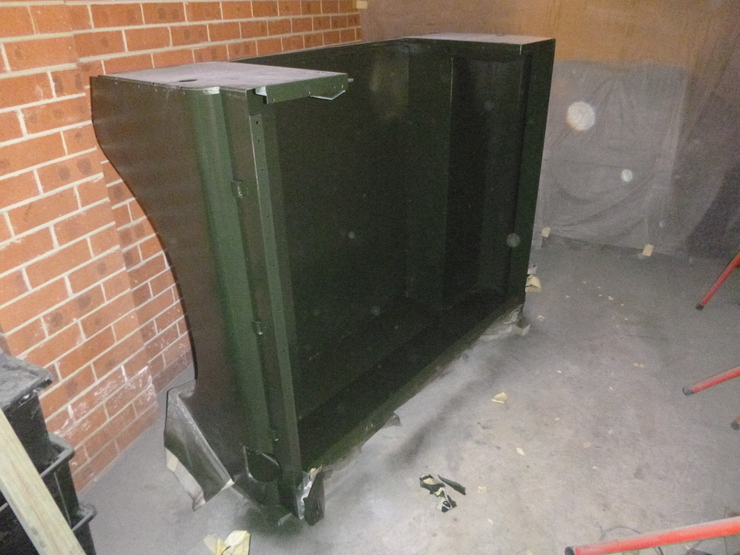 The white appearance of the top panels is a result of it sitting in the garage for a week before I masked it off - the dust hasn’t touched any wet paint at all. I’m still not sure what’s wrong with my usual spray gun, but since this is the last painting I’ll be doing for a while, it will probably be a month or two until I can take it into the paint shop and see if they can work out what’s wrong with it.

The next steps are to cut, buff and polish the rear tub, get the galvanised cappings on, and mount it on the chassis.