Didn’t make as much progress as I wanted this weekend, so I haven’t yet made any attempt at starting the engine. The stuff I painted last week is all sanded, buffed and polished, with the radiator now attached to the grille panel. I ended up having to expand out some of the holes where the radiator bolts to the grille panel - it never quite seemed to align, no matter what I did.

After doing that, I fitted up the radiator and filled it with a 50/50 coolant + antifreeze/distilled water mix. There’s a slow leak toward the very top of the radiator, so for the time being there’s just a bucket underneath. I suspect there’s some sealing issue around the water outlet from the cylinder head. This won’t stop me starting the engine though, since I only wanted to have water in the block before I did that (the water pump still isn’t hooked up). 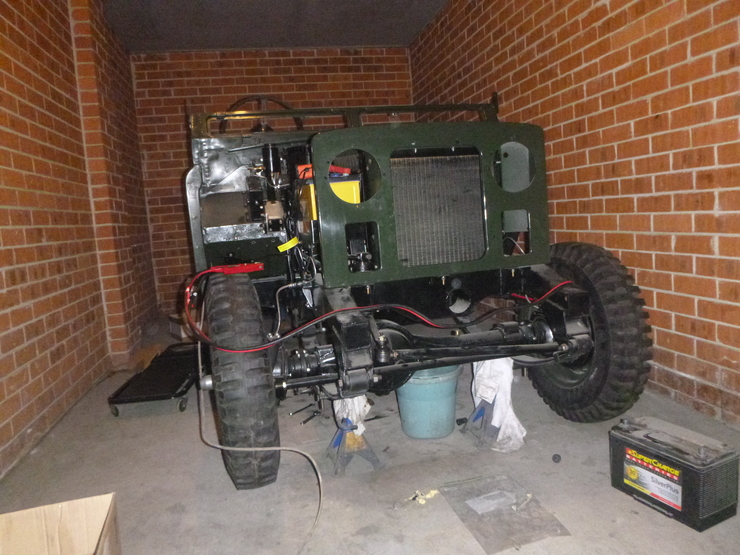 On Sunday I went out and got some petrol, and was winding it over trying to see oil coming out of the rocker arms, when the battery eventually went flat. It wasn’t winding for very long, so I might pull the spark plugs to make life a bit easier. I only have a 2A charger, so that put a bit of a stop to things.

Once I can see that the oil is circulating, I’ll fit the rocker cover, get it fuelled up, and see if it’ll fire. 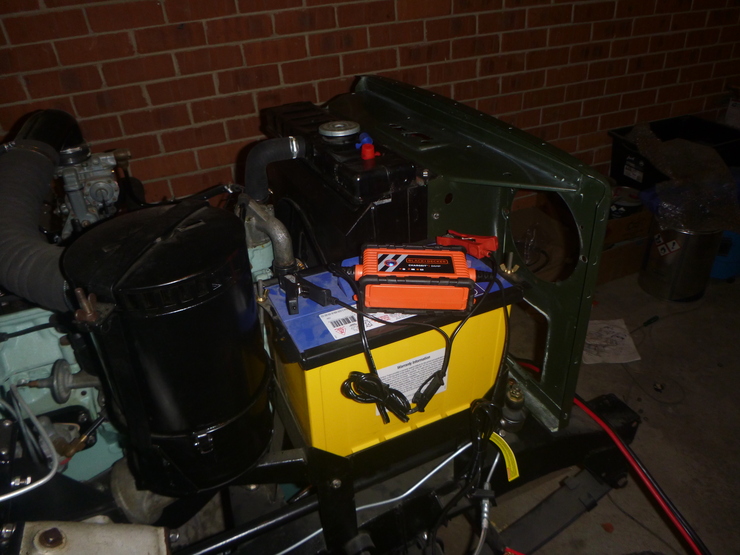 The exhaust manifold is also fixed, and I’ve attached the lever for low range (a surprisingly fiddly job - the anti-rattle clip I have seems to be completely the wrong size).

The handbrake is almost done too. For some reason the drum doesn’t want to go on, but I suspect that’s because the vertical alignment of the handbrake expander needs a little work. This won’t stop me from starting the engine, but I’ll need to figure it out eventually. 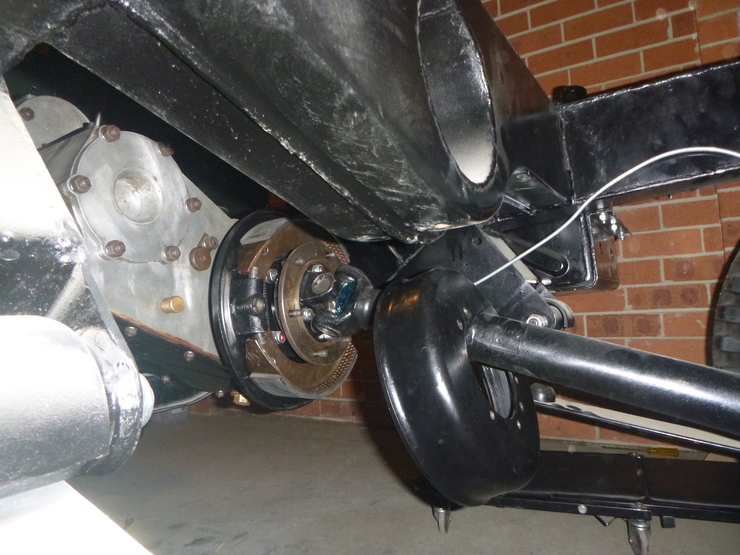