Sorry for the lack of a blog post last week - I finished up at around 10PM, and was much too tired to do up a blog post. That weekend, I finished getting the gearbox rebuilt, got it back together, and made my first attempt at installing it.

I made several more attempts at installing the gearbox during the week, with varying degrees of success. On Saturday, though, I finally got it in. I suspect I was being a little too optimistic with the alignment of the driveshaft splines – it’s no good for them to be “pretty close”, it seems they need to line up perfectly.

Anyway, I spent all of Saturday on that (plus running around town buying more small bits), so on Sunday I finished it up including the clutch slave cylinder bracket, the rear gearbox mounts, and the gear levers.

The four-wheel-drive and transfer case mechanisms work perfectly. I’m yet to set up the stop bolts for reverse and second gear, but they also seem to work fine. Third and fourth don’t engage without the gearbox moving, which isn’t too big of a deal.

The orange gloves are on the end of the control levers so that I don’t take my eye out (since they’re painted black). You can also see the ever-present dust in these photos. I plan on renting a shop vac sometime over the next few weekends (maybe even next weekend). Also, the vertical bit on the handbrake is the upside-down linkage, just sitting there until I can sort out the rest of the unit. 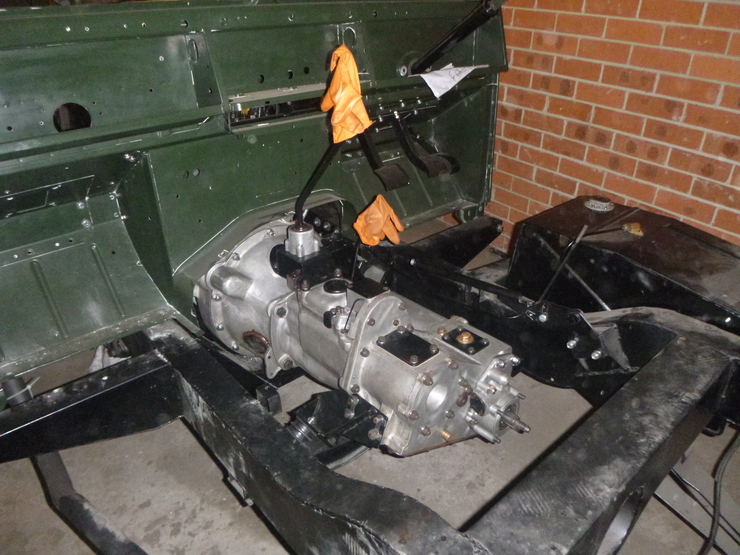 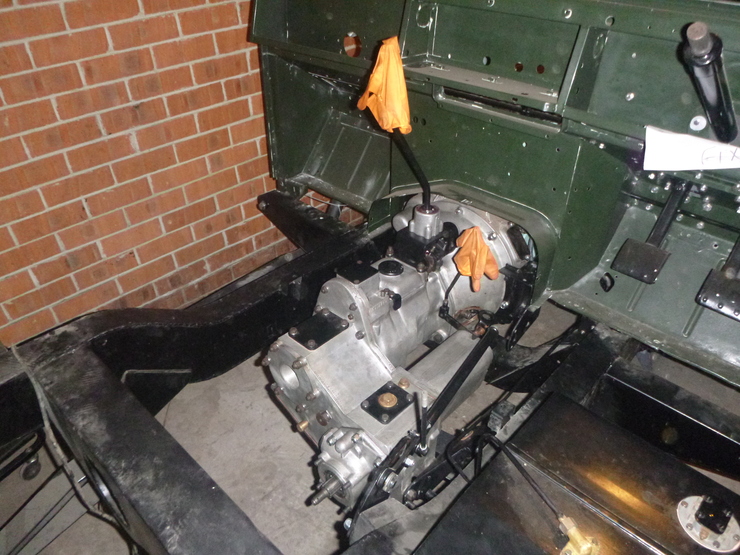 The universal joints are installed, and I’m just waiting on the dust caps to arrive. These were fairly painful to source, so if the ones I got were correct, there will be a bit more information on that in the next blog post. 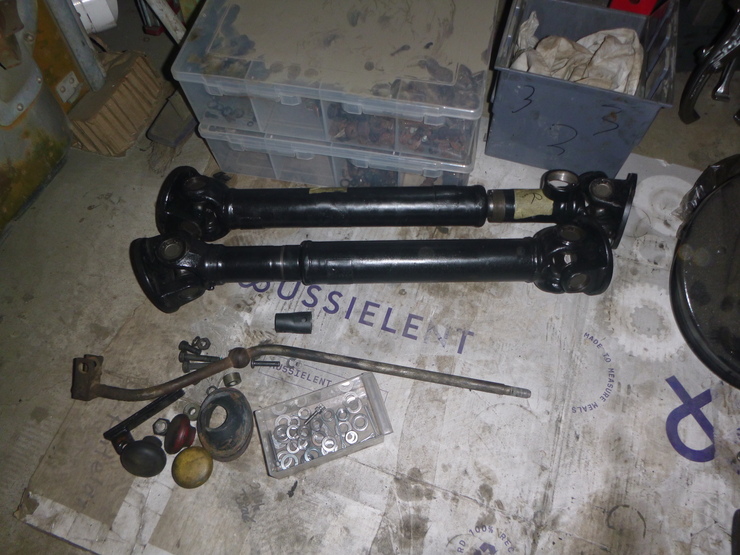