Didn’t get much stuff done this weekend. I’d planned on finishing the gearbox, but I was missing a small part (the locking plate for the layshaft front bearing) that stopped me getting the main casing and the bell housing together. See below for a bit more detail on this.

Besides that, I spent all of Saturday travelling around Sydney doing various errands. I started with a trip to the brake shop, where I spent an hour or so going through all the stuff I’d need done for the solid lines and measuring up the brake drums to see if they were in spec, and some other small things.

It turns out that only one of the brake drums was in spec, so I’ll need to order some of those along with the aforementioned bit of gearbox. Other than that, I’m looking at around $500 for all of the brake work.

I also went to the soda-blasting shop to pick up my radiator grille panel and the small panel that goes in front of the clutch slave cylinder. That small panel has a great big hole cut in the front (similar to the bulkhead), I suspect for easier access to the slave cylinder. I’ll need to patch that up before I can paint and install it. The grille panel has a small redundant hole between the large central cutout and the smaller right-hand cutout. It’s quite neat, but I don’t think it’s original - it was being used to hold a metal bar that braced against the sides (where the radiator mounts to). I’m not sure if I’ll go to all the effort of welding it up yet. 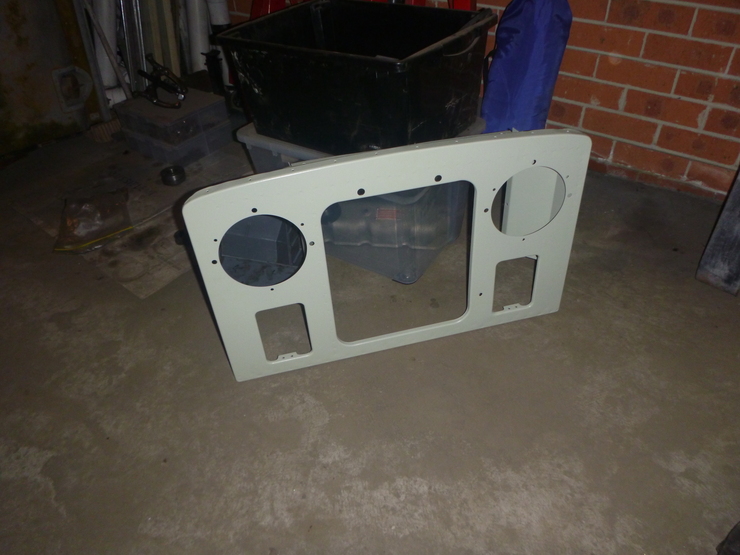 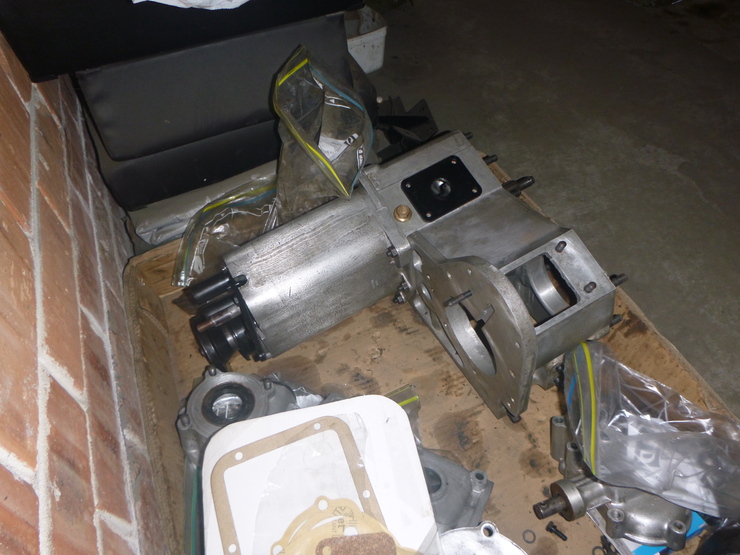 As mentioned above, I’m still waiting on one small part for the front half of the gearbox, but it should be pretty quick to go back together once that arrives. Thankfully the part is available with an Australian supplier, so I might even get the gearbox together during the week.

You can also see the selector shafts loosely jumbled in - these have been cleaned up, and had the seals replaced. 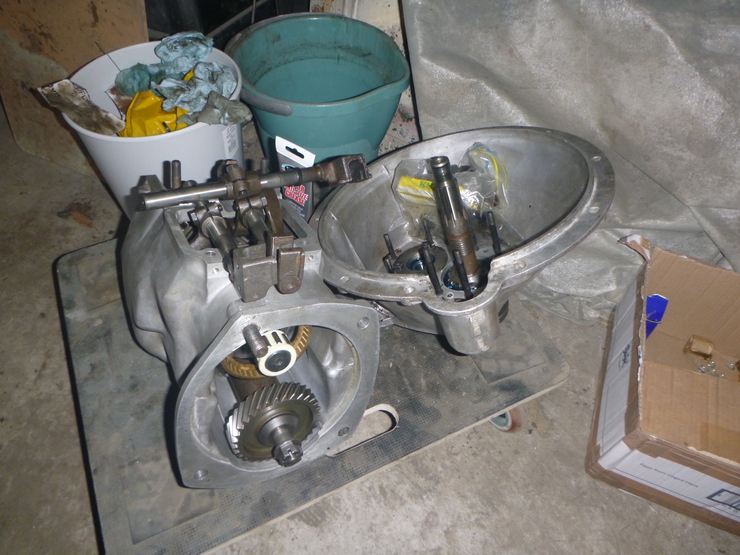