After last week’s disappointment, I tried to find a replacement spring clip in Australia. Fortunately, it shipped overnight, so I was able to get the mainshaft together this weekend. Here it is after installation, alongside the layshaft: 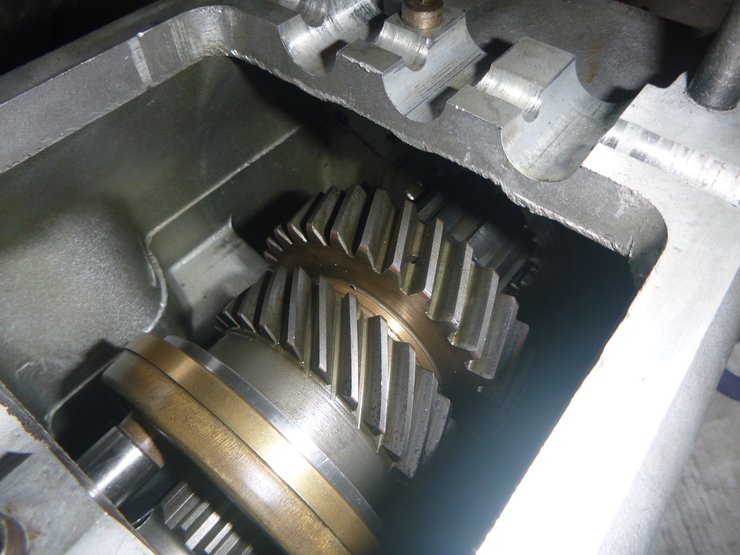 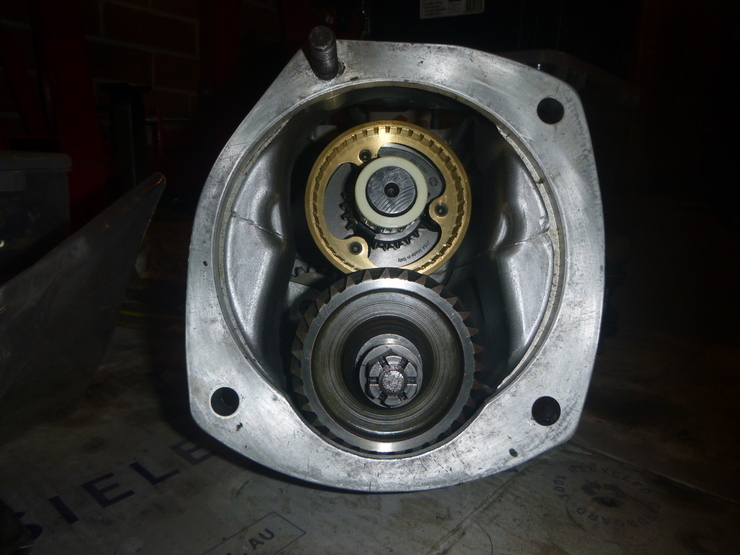 It’s a shame the photos are so terrible - it’s very difficult to take pictures of the inside of a gearbox. It’s ready for the bell housing to go on, which is something I’ll be doing during the week. Once the bell housing is on, the rest will hopefully go quite smoothly. It’s all ready, I just need to assemble things.

After the incredible (and ongoing!) disappointment with Landybitz’s terrible service, I’m getting some brake lines made up locally. I didn’t realise this was an option before, but if I can provide some “shapes” for the solid lines, the brake shop can also bend the lines for me. I plan on taking them up on this option, so I spent a couple of hours with some fencing wire making sure the layout was what I wanted. You can see from the masking tape in the next few photos where I’m planning on laying things out. 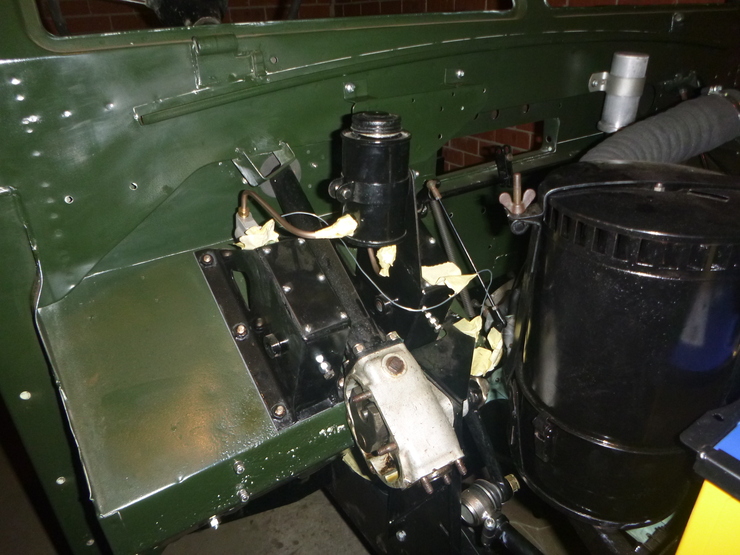 The photo above is a mix of lines that were correct (i.e. didn’t come from Landybitz) and fencing wire for the layout I’m after. I plan on dropping all this off next weekend, so it’ll likely be a couple of weeks until you read about any action in this area.

As part of revisiting the brakes, I’ve test-fitted the handbrake lever. The lever mechanism itself is completely done, but I suspect I’ll have to take it out when I install the gearbox, so the two securing bolts are just finger-tight. It makes a very satisfying ratcheting sound in operation, and really feels like it was made to last forever.

As an aside, the garage is still filthy, and it annoys me how much dust and other crud is settling on the car. I might sacrifice a day next weekend and rent a shop vac. 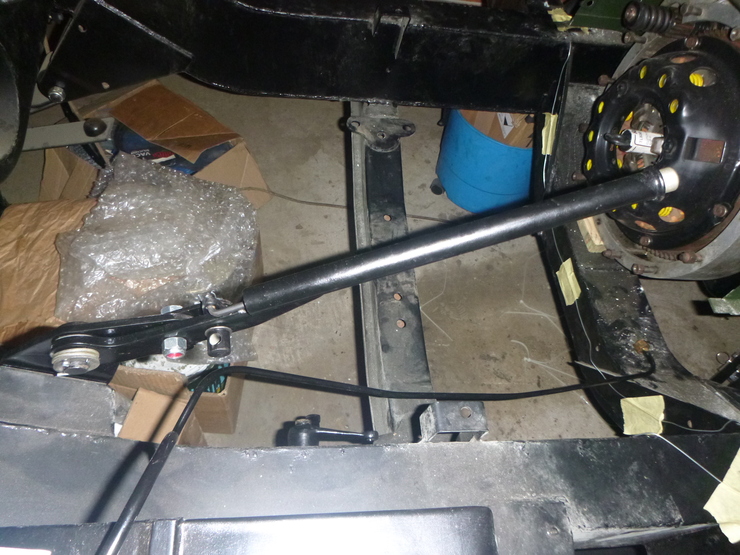 I’m still waiting on the sandblaster to get the front grille panel back to me, as well as a parts order for all of the small things I need to finish the engine hook-up. Since I’ve managed to make some good progress on the gearbox, I likely won’t end up trying to start the engine before I’ve got that mounted up.

I’ve also found an issue with the exhaust manifold - the threads for the studs that hold the exhaust header are almost completely stripped. Two of them seem solid enough to take a load, but the third was only good enough to accept a 5/16” UNF tap, and won’t take any load. I suspect this was why I had so much trouble getting it to mount. There’s enough metal around to tap it out to 3/8” UNF, so I’ve ordered a tap and will hopefully get around to that during the week.