Unfortunately, I didn’t get everything done this weekend that I wanted, since I had some Christmas shopping to sort out before I head to my parents’ place for a week. In addition to the things below, I’d also intended to finish rebuilding the dynamo, and get the rear mainshaft bearing installed in the casing.

The mechanism itself is completely finished - it just needs to be attached to all the controls, and bolted to the transfer case (once that’s done). I also need to tighten the nut at the front - the split pin is just sitting there so I don’t lose it. It’s easier to tighten this once the whole assembly is together, as engaging two gears will prevent this shaft from rotating.

Unusually, none of the rods or levers here had any serious amount of rust - I suspect that someone’s been here before me, and sealed it up properly since there was a large amount of gunk I had to scrape off. 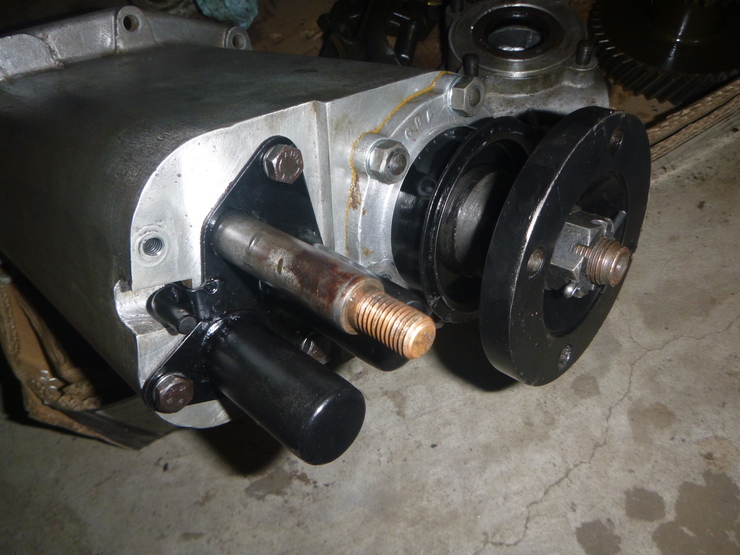 Trying to knock everything over here, so that I can pull down the spray booth (again) and reclaim some space. This round, it was mostly accelerator bits, with a couple of odds and ends for the gearbox. I’ve got at least one more round of painting after this before I can tear down the spray booth.

It may not look like it from the photo, but the spray booth is quite full - there are about twenty parts in there this time round.

Well, mostly installed - I want to get the dynamo done before I bolt it all up, since if the water pump or fan need to come off then I don’t want to have to unscrew it all. In any case, it’s currently just sitting on some blocks of wood against the chassis, you can see one on the right-hand side.

Also, some of the hoses are too long. I suspect this is because they’re meant for the thinner, later-type radiator.

I also need to do a small amount of patch-up paint - you can see at the top where I must’ve got the angle wrong with the spray can. Once that’s done, though, I’ll have a functioning cooling system. 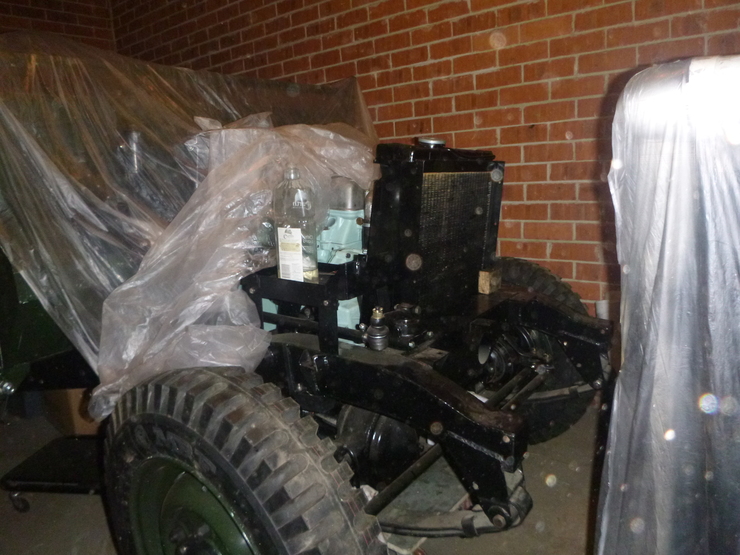 Since I couldn’t convince the bell housing to accept the front pinion, I’ve dropped it off at a mechanic with a suitably large hydraulic press. Hopefully I’ll get that back by the end of next week.