Spent a not particularly enjoyable two hours on public transport on Saturday morning dropping off my radiator to a specialist. I finally found a good one - they specialise in classic vehicles, particularly Rolls-Royces but they said they do all British stuff. Unlike most of the shops I called, they seemed to know what they were talking about. I’ll hopefully get my radiator back next week, minus all the rust scale in the core.

Finished cleaning up the main casing, and I also did a first-order clean of the selector lever cover, clutch withdrawal unit, and speedometer drive housing. Not much to write home about, but here’s some pictures: 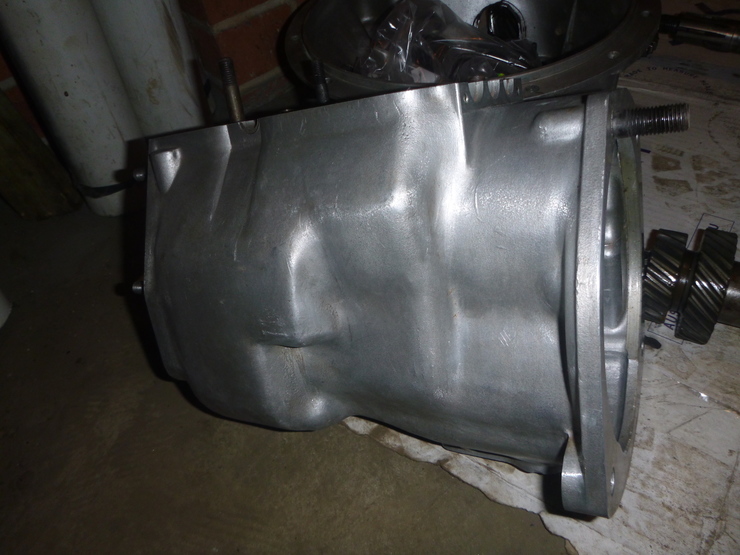 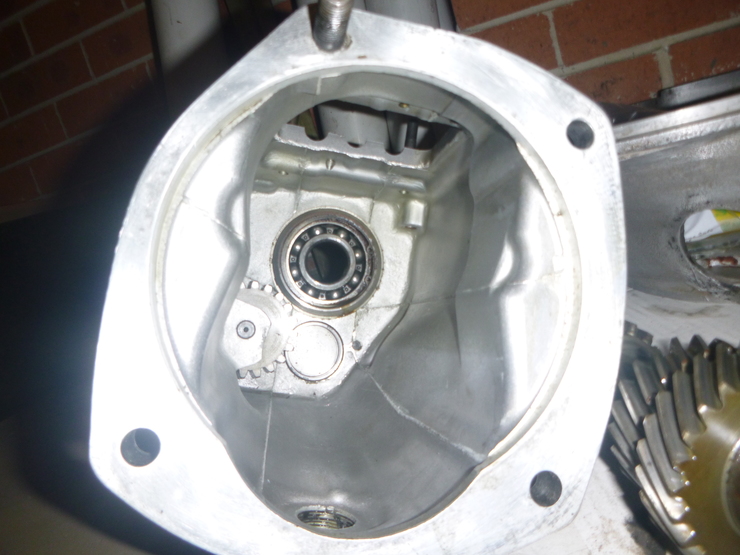 I’d intended to also remove the rear mainshaft bearing (as pictured), but I didn’t have circlip pliers, and the circlips holding it in are extremely beefy. I spent a couple of hours wrestling with it anyway, before giving up and getting stuck on the mainshaft snap ring for the same reason. I’m planning to resolve this sometime during the week.

I did two separate parts orders with separate suppliers last week, based on which supplier had which parts available. The first (small) order arrived, but only had a few miscellaneous bearings and seals. The larger order is coming from the UK, and I have no idea about the timeframe.

Even so, one of the bearings to arrive was for the primary pinion, so I drove out the old one, and drove the bearing off the pinion shaft. Unfortunately, by the time I’d cleaned up the bell housing and all of the related bits, it was too late at night for me to make any serious amounts of noise and install the new bearing.

Even so, the bell housing won’t fit under my hydraulic press, so this might be a job I hand over the local mechanic (who has a much larger press). 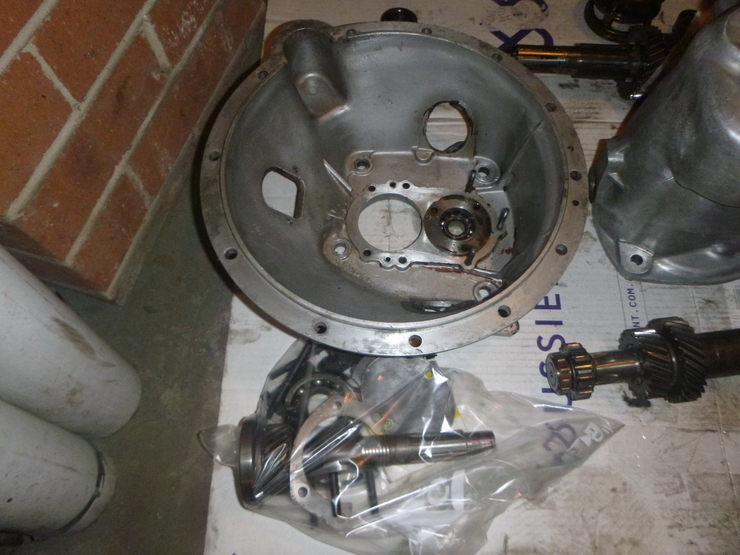 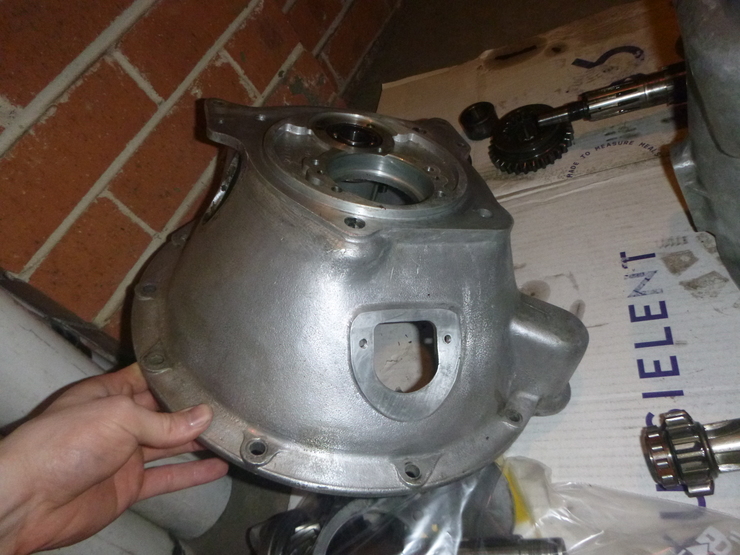 After the aforementioned failure with the mainshaft snap ring, it was nice to have a success - in this case, a completely stripped primary pinion and constant gear assembly, in extremely good condition. 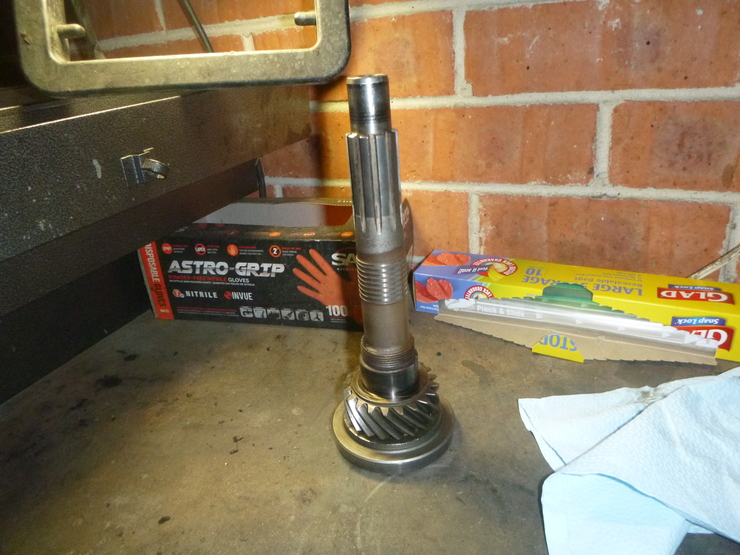 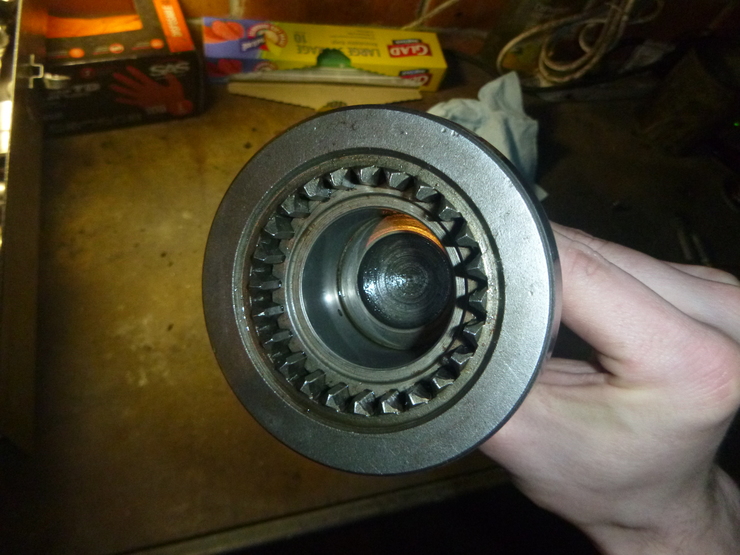