Practically finished the exhaust work, with all of the pieces painted and temporarily held in place by zip ties. I’ve ordered a replacement mounting set - the existing solid parts are fine, but the flexible parts are shot.

You might notice that the front pipe (and the exhaust manifold) are a different colour to the intermediate and rear pipes. That’s because the black has a higher grade of heat resistance, but the intermediate and rear pipe were originally silver, so I tried to match the colour. This means the exhaust pipe changes colour halfway along, but it’s not a particularly visible part of the car. 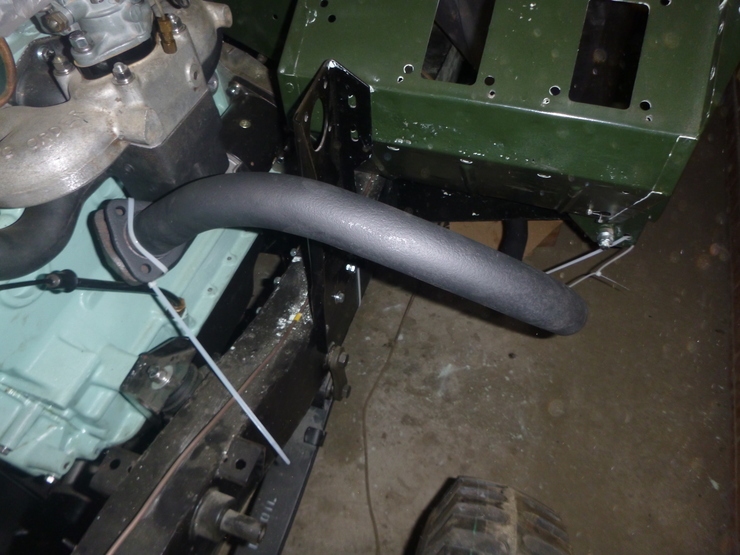 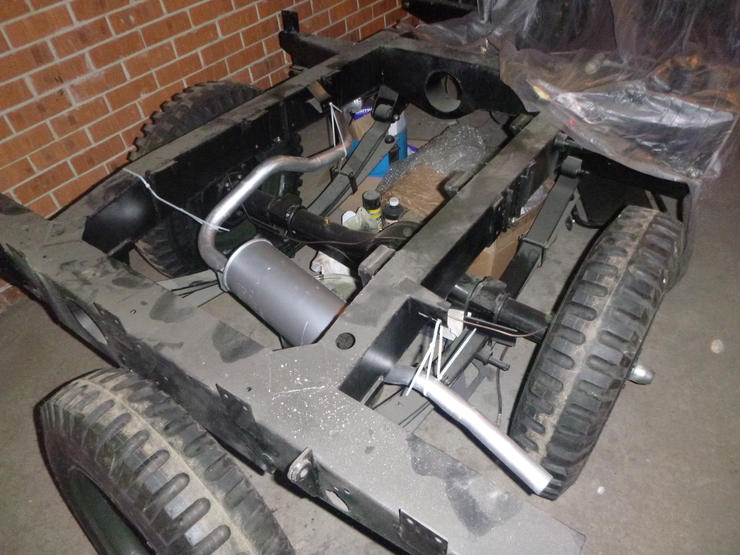 Nothing to report on this - I’m waiting for a small rubber O-ring (for the thermostat) before I continue further with this. I did test the thermostat during the week, and it’s fine, so that’s reassuring.

I also didn’t manage to find a good radiator place - as much as I dislike the idea, I might have to settle for one of the less dodgy-sounding ones. I might phone a mechanic and ask for a recommendation.

There’s quite a bit going on here, and I’ve had the split the major components of the gearbox across two storage areas. In the first, you can see: 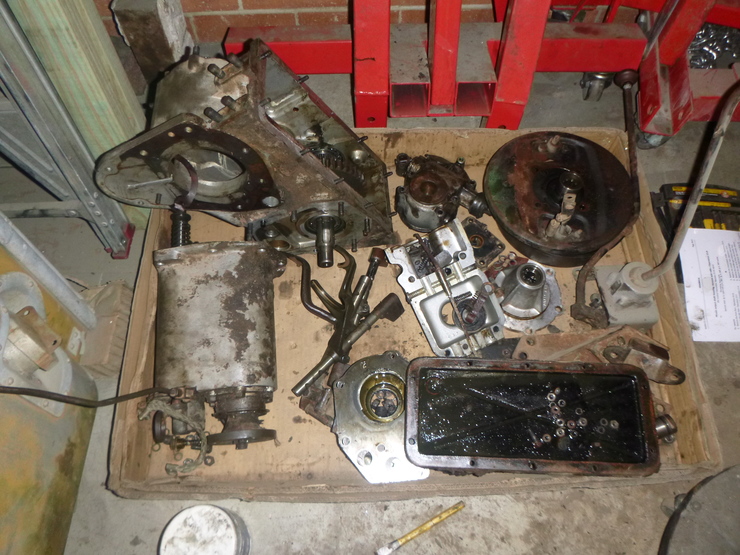 In the second photo, you can see the bell housing, the layshaft below it, and the mainshaft (with a few associated bits) above it. 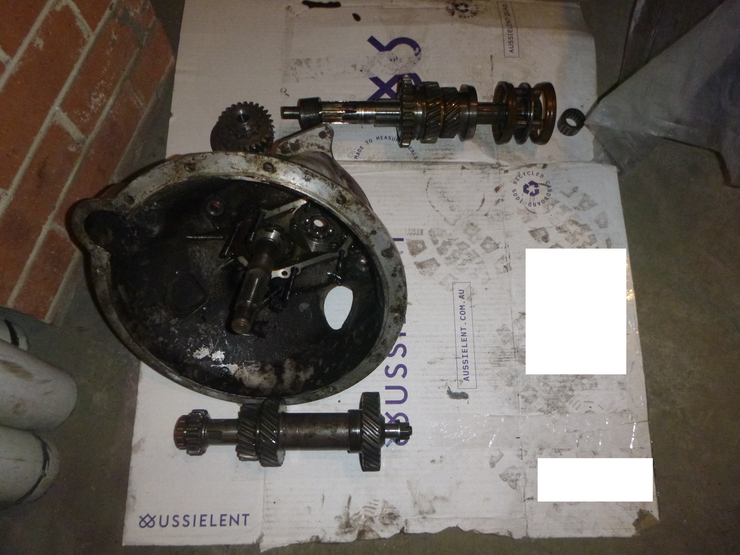 The disassembly went quite smoothly overall, with only the handbrake giving me any major grief. Even then, the only issue with the handbrake was that I had no way to stop the gearbox from rotating, so it was quite difficult to remove all of the fasteners on the rotating assembly.

After the handbrake, I removed the transfer case and front output shaft housing, and put those aside to work on the transmission proper. The clutch release mechanism came out fine, but I hit a snag while subsequently trying to remove the bell housing. The nut on the layshaft wouldn’t come off, so I removed the cover for the selector forks, as well as the interlocking mechanism, and engaged two gears at once. This stopped everything from rotating, and let me continue with the disassembly.

With the bell housing off, the layshaft basically fell out. The mainshaft needed a few tricks - the “special nut” at the back didn’t want to come loose, even with the locking tabs folded all the way back. I eventually realised it was getting caught on some chewed-up bits of metal on the locking tabs. I flattened those, and it came it without the special tool (all I needed was a hammer and a drift, and it came off without too much of a fight).

The mainshaft also came out quite easily - just a few taps with a hammer, using a block of wood as a drift. I got lucky here - these are (apparently) very difficult to remove, needing a huge amount of force.

After that, I moved onto the transfer case and front output shaft housing. The pinch bolt inside the transfer case is a really weird size, I eventually had to use a shifting spanner, with the low-range selector pushed all the way back to give an adequate working area through the narrow opening.

After removing all of the securing nuts, the front output shaft separated from the transfer case reasonably easily - the only problem was it spilling a bunch of tar-like old oil all over the place in the process of coming apart.

I hadn’t intended to start working on the gearbox itself, but the teardown went much more smoothly than I’d expected. I didn’t spend a lot of time on this, probably about 30 minutes. I only did an initial cleaning of the main gearbox casing - just enough to look for any problems. It’s come up very nicely, and I’m happy to report that there are no issues at all so far.

It’s surprising how small the gearbox itself is - the transmission unit as a whole is massive, but it’s mostly 4WD gear and the bell housing. 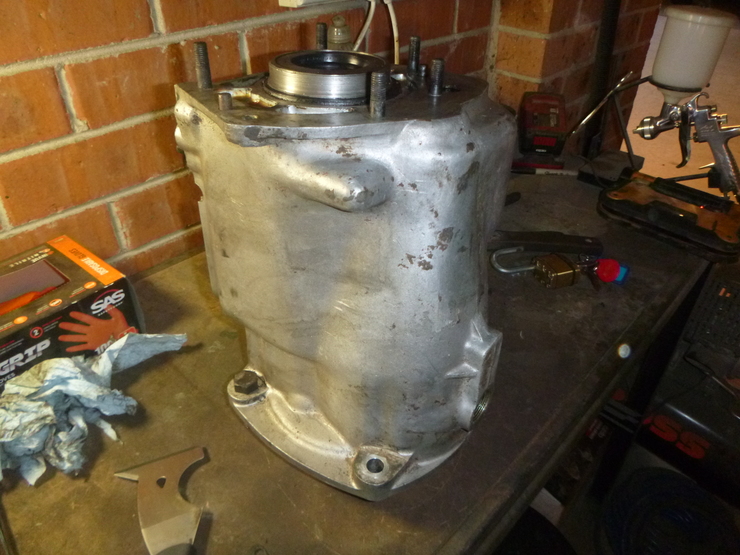 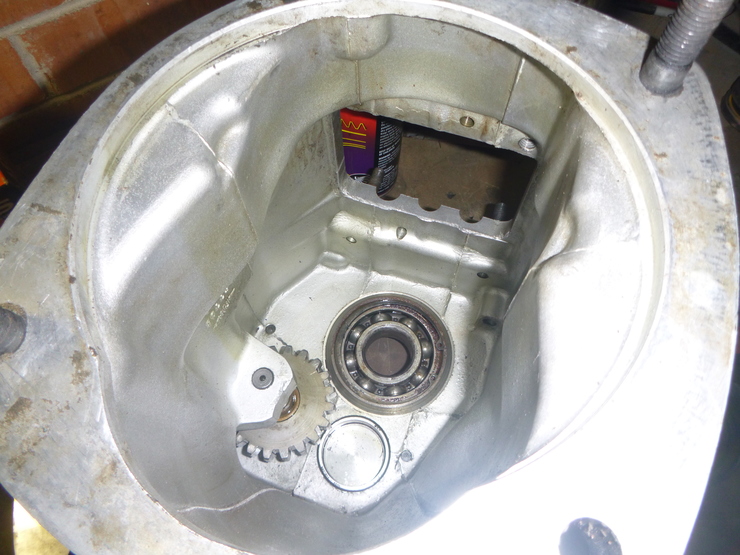