Rebuilt the spray booth again, in an even smaller configuration. I had a whole bunch of smaller parts that were holding me up on other things I wanted to do, so I knocked them all over in one go. First off was the air cleaner/battery mount. There’s not a whole lot to say about this: 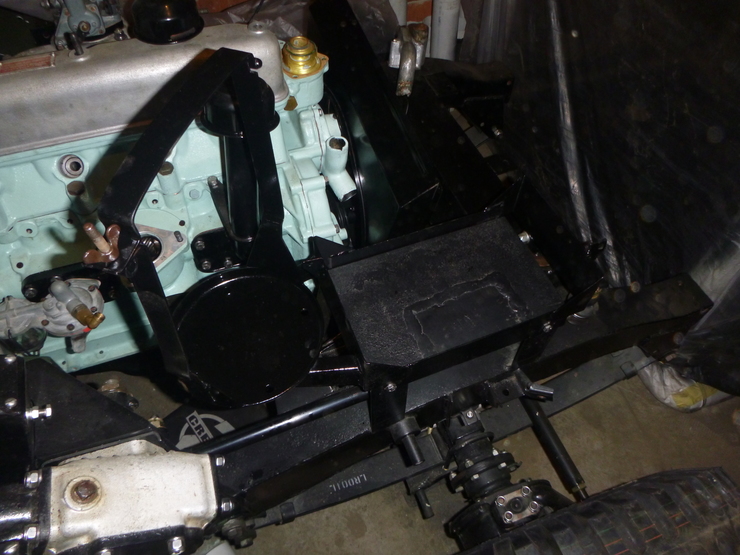 Next up was the fan cowling. For some reason I remembered having a guard attached to this, but it doesn’t have the mounting holes so that can’t have been the case. This would normally be mounted on the radiator, but that’s not ready yet (see below) so I’m just resting it on the fan for the time being. 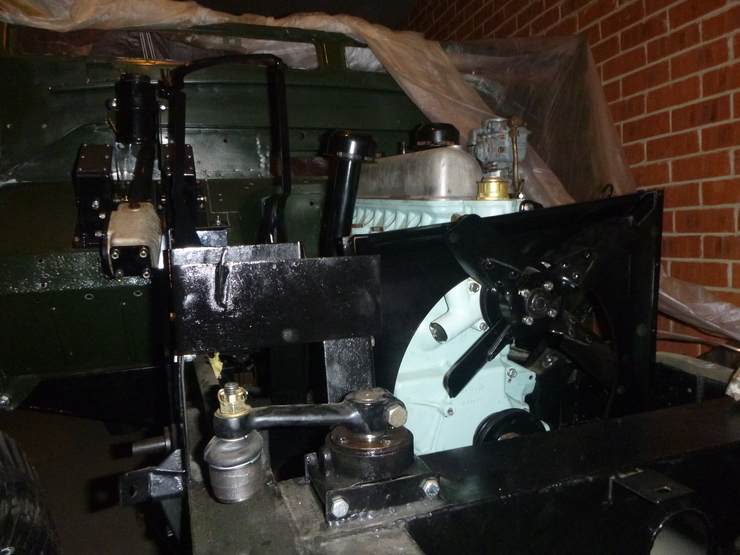 I also sorted out the engine breathers. Again, this was pretty uneventful: 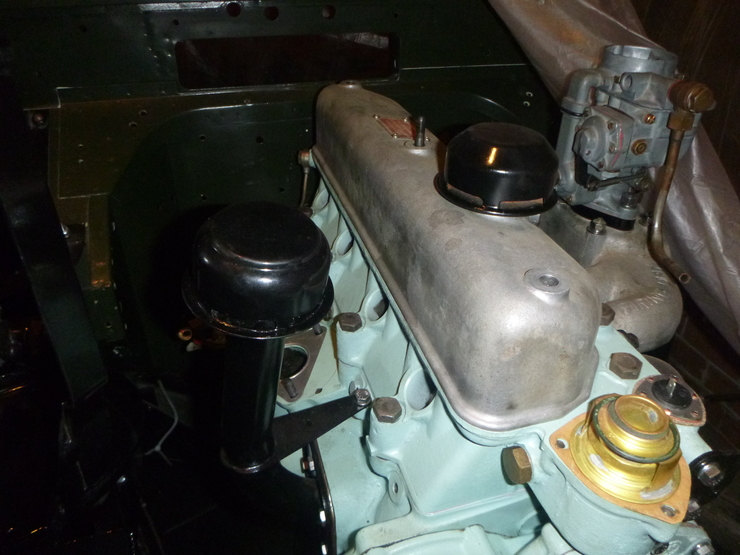 I’ve also done the engine lifting hooks, and you can also see in the photo below a test fit of the thermostat and temperature gauge. These both seem fine, so I’ll likely be fastening things down sometime during the week. I also have all the hoses I need. 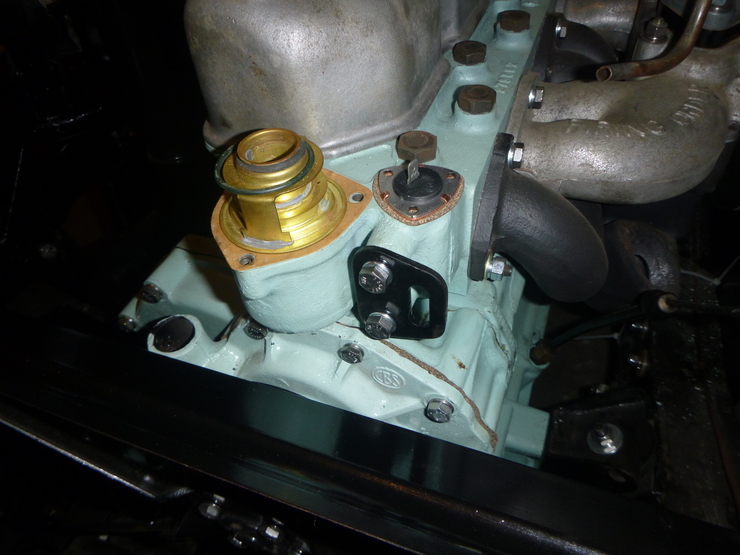 I’d intended on getting this back together, tested, and mounted this weekend, but my usual parts supplier is closed for a week so that had to wait. That said, I’ve sanded down and painted all of the parts, with the exception of the field coils - the old (original) wrapping insulation is fragile, so I’m leaving the interior of the case alone. 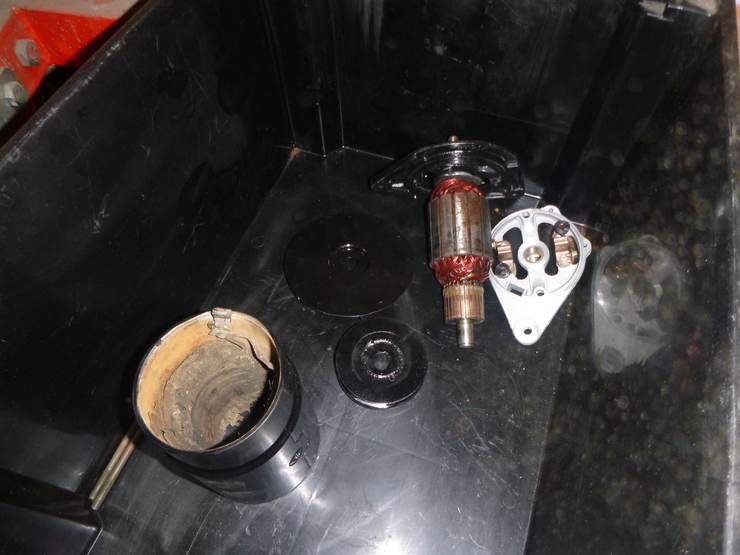 The armature came up quite nicely. Amazingly, the bearing in the front seems to be in perfect shape, so I left it in. I did press a fresh lot of grease through it though, just in case. 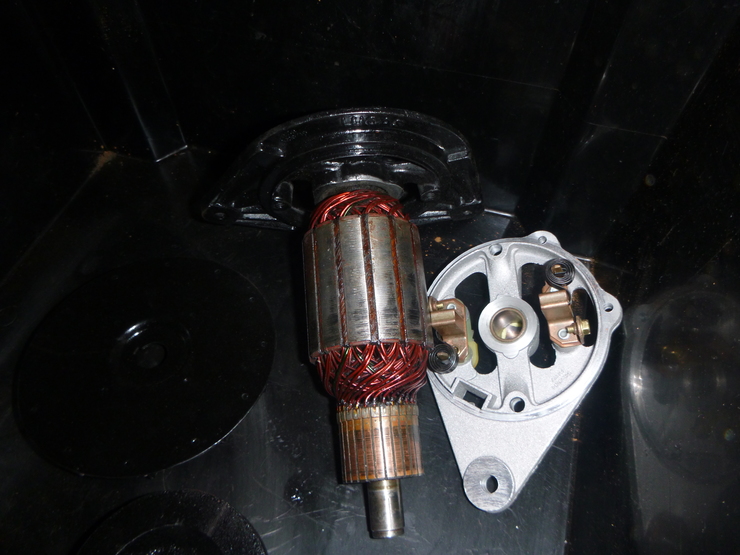 No photos for this, but I’ve been trying to find a decent radiator shop to clean all of the scale out of the inside and pressure-test it. I called a few places last week, but it was Friday afternoon so I imagine many were closed. I’ll try again this coming week.

I’d intended to paint this along with the rest of the small bits above, but there were two issues: firstly, the front exhaust pipe was a bit too rusted for me to immediately paint it with the high-temperature paint (which doesn’t prevent rust). So, I’m going to hit it with some rust converter before painting.

The second issue was that it wouldn’t have fit in the spray booth at the same time as all the other parts I did this weekend. As such, I’ll try to get this done during the coming week. Here’s a teaser shot until then: 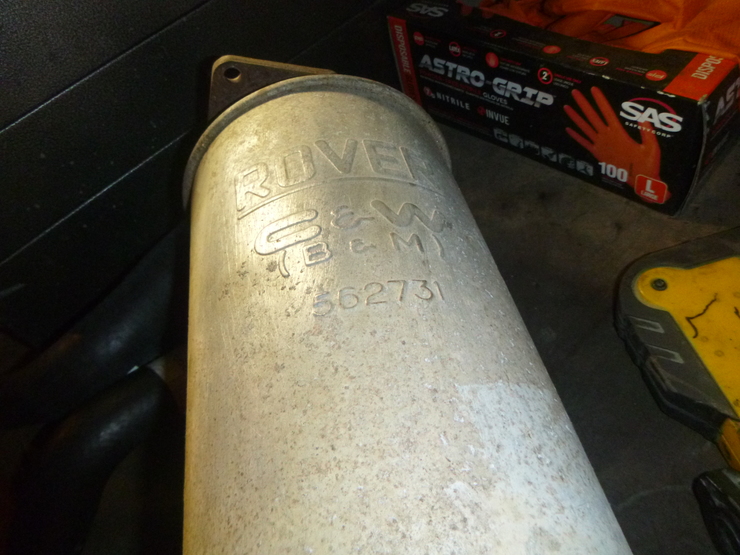