After I missed getting these done last week, I dropped the wheels off at the soda blaster on Saturday morning. Surprisingly, there were ready for pickup that same weekend, including the high-build epoxy primer (to hide the slight scoring from the blasting process). 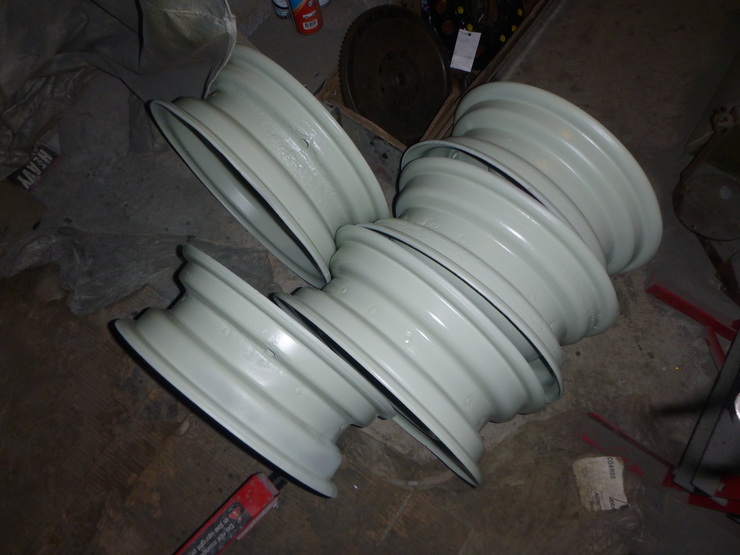 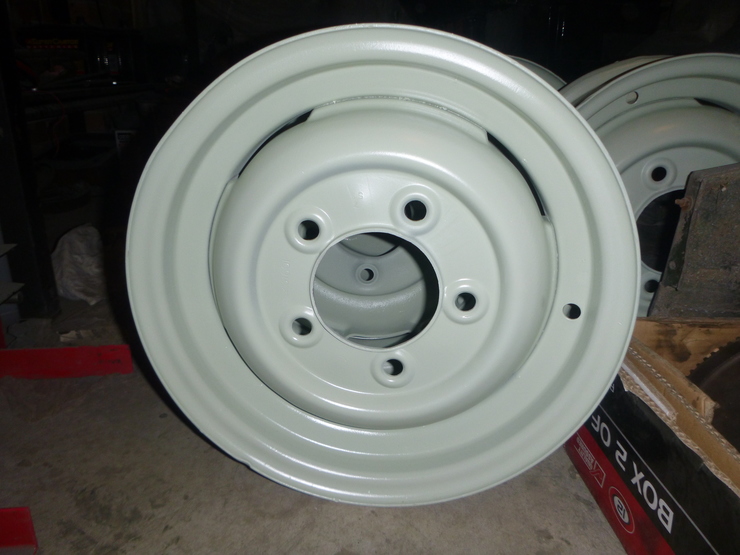 Happily, the soda blasting preserved all of the fine details, such as the part numbers and manufacturing stampings. 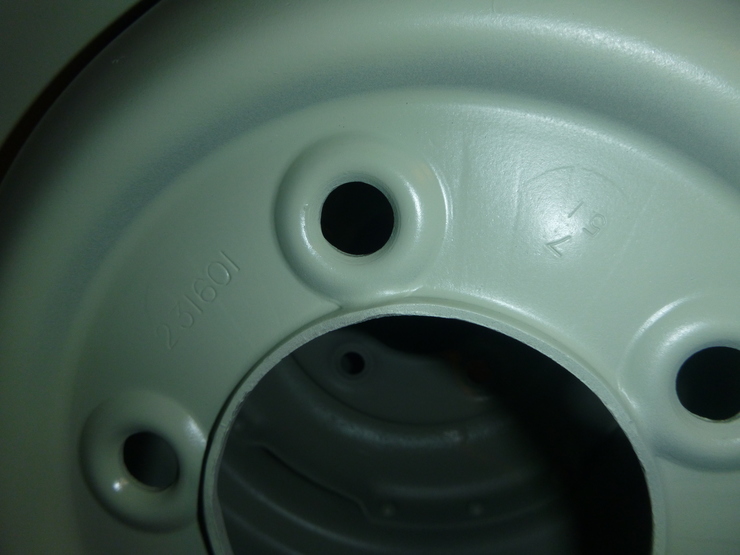 Hopefully I’ll get these painted over the next two weekends. I suspect I’ll have to spread it over two weekends, since there’s no way to paint the front without having to handle the back, and vice versa.

I’ve got most of the replacement core plugs, with the exception of the larger screw-in one at the rear-left of the engine. I tried installing them with just a socket and regular hammer, but even with the smallest plugs, the furthest I could get them was about halfway in. I didn’t even try getting the larger plugs in, since they’re much more expensive to replace if I screw up.

I’m planning to either borrow the special tool that’s normally used for this job, or hand it off to a local machinist (as long as the price is reasonable).

I’d planned on doing this after installing the core plugs, but I figured I’d just get it out of the way anyway. I had to be very careful not to get any paint in the holes for the core plugs, otherwise they’d be even more difficult. It also means I’m up for a bit more work later, since it’s generally a good idea to paint steel core plugs. 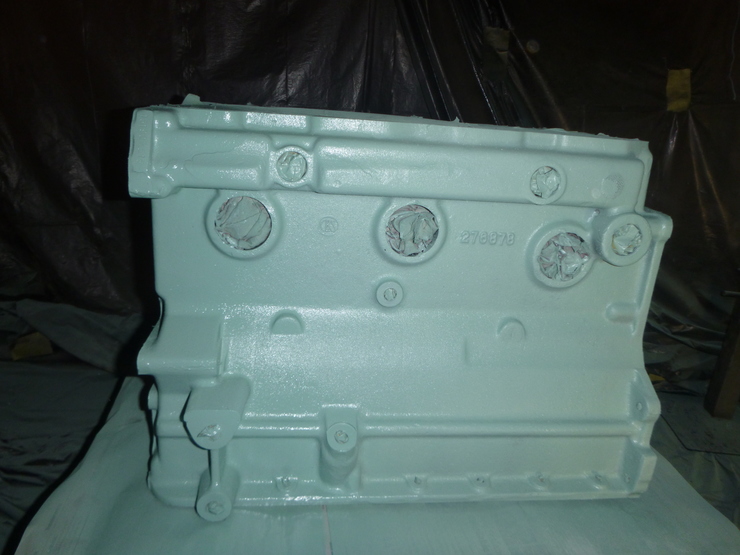 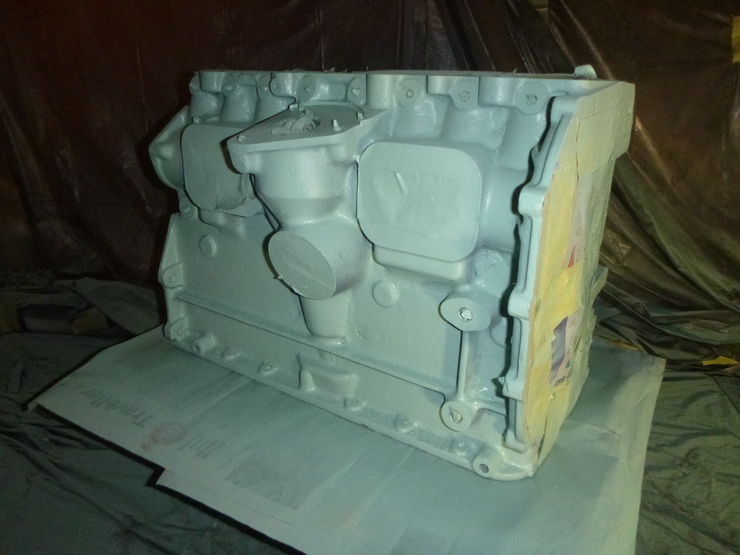 I received the replacement brake lines from Automec, but they’re now too short instead of too long. I’d planned on cutting them down and getting them flared this weekend, but I couldn’t find anywhere that had a pipe cutter, and the mechanic was closed by the time I’d dropped off my wheels (see above). I’ve ordered a pipe cutter online, so hopefully I can get that done during the week.