I was ill for most of the week - just a cold, but enough to make it unpleasant to go down to the garage and work on the car for several hours a day. As such, I didn’t get much done during the week, but I managed to fit in a decent chunk of work on Sunday.

After an unusually long delay from my usual parts supplier in the UK, all of the engine parts the machinist needs have finally shipped. They’re meant to arrive on the 1st, so hopefully the machinist can start his work shortly after that.

As well as getting soda blasted, the bulkhead is also getting an epoxy primer to stop any rust forming while I wait for some parts to arrive from the UK before I replace the captive nuts and patch up the centre section. Hopefully the soda blasting doesn’t show up any more corrosion than what I already know about, otherwise I’m up for another parts order and a bunch more welding.

This was the only thing I managed to get done on Saturday, since I was still sick. I’d already finished sanding, so the whole thing only took about an hour, split into two sessions for primer and paint. There are about fifteen total parts that needed painting, and they mostly came up very well, modulo my greasy fingerprints on everything after packing them away.

That said, there were more dust flecks than normal - I think it’s time I rebuilt the spray booth again, since the plastic lining has a couple of holes, and is developing a thick coating of overspray on the floor, which I suspect is causing the dust flecks. 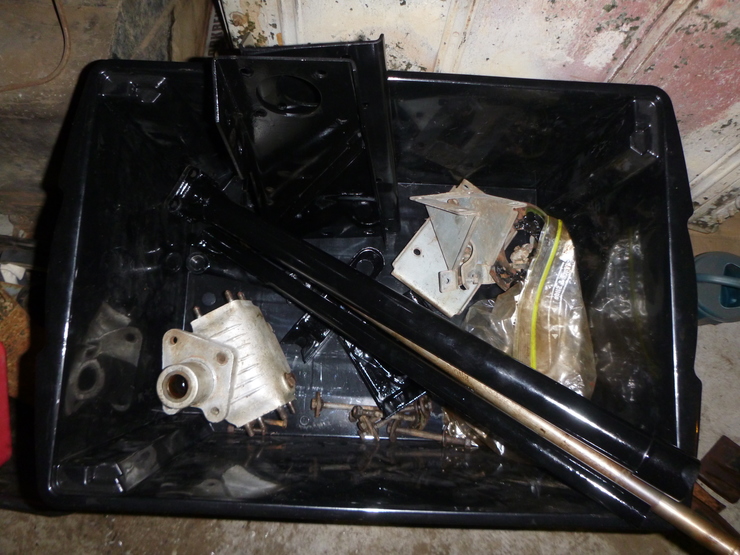 I also need to think about what to do with the galvanised pieces - I’d like to get them re-galvanised, but I’m not sure if it’s worth waiting until I have more/larger pieces and batching it up. The tradeoff is that by batching up galvanising jobs, it takes longer to have the requisite parts ready to install.

Speaking of batching things up, I’ve ended up with about five storage tubs of stuff that needs to be reinstalled, since I’m trying to do fewer (and larger) parts orders to save on shipping - it’s about $100 each time I need to get anything from the UK, and it adds up quickly. This means I’m waiting on gaskets/seals/fasteners/etc. for the steering, engine, brakes, and bulkhead simultaneously.

As well as dropping off the bulkhead, on Sunday I mostly got the rest of the brake and clutch system apart. It seems to be in reasonably good condition, but there are some components I’ll be replacing regardless, for safety reasons - the lines (both solid and flexible), all gaskets and seals, all fasteners, and possibly the master cylinder assemblies too. Here’s a picture of the lines I removed, as well as a pile of bits that are waiting to be sanded - mostly the handbrake and clutch slave cylinder. 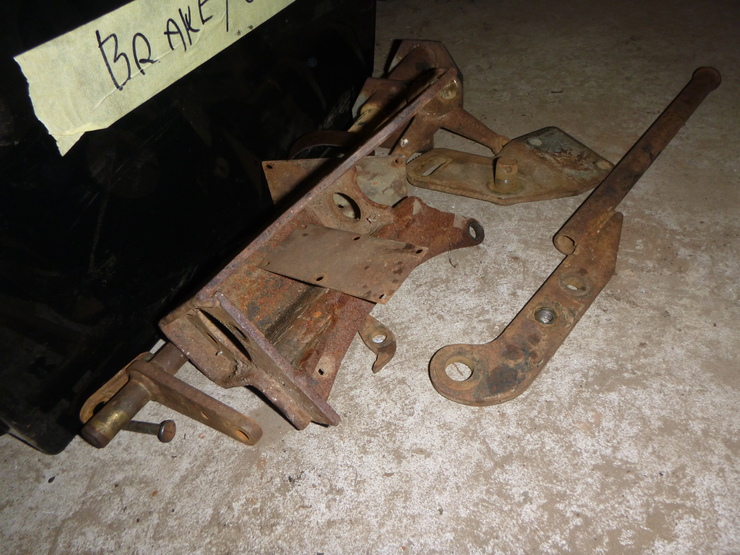 I didn’t quite get time to get the pedals separated from the pedal boxes/master cylinders, and I suspect that process will be quite noisy so I might have to wait until next weekend to get those sorted. 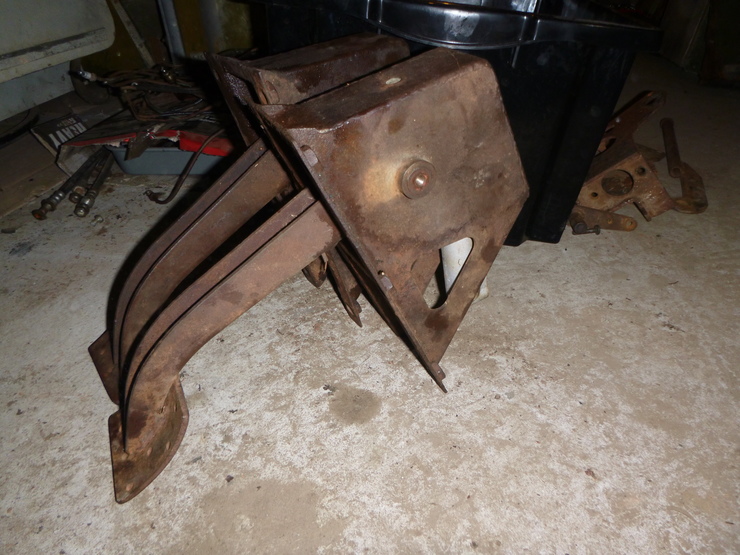 The other thing I couldn’t quite finish getting apart was the brake fluid reservoir - it’s all apart except for the clutch outlet nipple. I’m not sure if it’s rusted on or it’s just extremely tight, so it’s soaking in WD40 until later in the week.

All of the other fittings (hydraulic splitters, etc.) will get a soaking in Evapo-Rust - they’re brass, so they haven’t corroded, but there is a bunch of rust on the threads from the steel fittings, and I want to get it all cleaned.