Engine not picked up yet

I’d scheduled for the engine to be picked up this week, but the machine shop ran out of time. They said they’re going to arrange for pickup on Monday, but we’ll see.

Didn’t get a lot done on Saturday, since I spent most of the day travelling around the city between small jobs on the Land Rover. One of them was picking up the new (correct) engine paint, which the auto paint shop amazingly had on file. So, it was as simple as walking into the shop, and walking out again 10 minutes later with three new cans of engine enamel. A quick test spray on some scrap metal confirmed it was the right colour. For anyone reading this blog in the future, the correct colour is “Light Admiralty Grey”, and the colour code is British Standard 697.

Another one of those odd jobs on Saturday was getting the tyres pulled off the rims - I’d planned on doing it myself, but I gave the local tyre shop a call and they said they’d do it for $40 with a 1-hour turnaround, so I just did that instead. I’m glad I did, since one of the tyres had some sort of bead locking compound that made it extremely difficult. This has cleared up a surprising amount of space in the garage. I also disposed of the old leaf springs.

As part of sanding and reconditioning all the engine ancillary bits, I’d planned on getting the inlet and exhaust manifolds cleaned up and painted this weekend. It was not to be, since the gasket between the carburettor and the inlet manifold has perished, and is stuck quite badly. 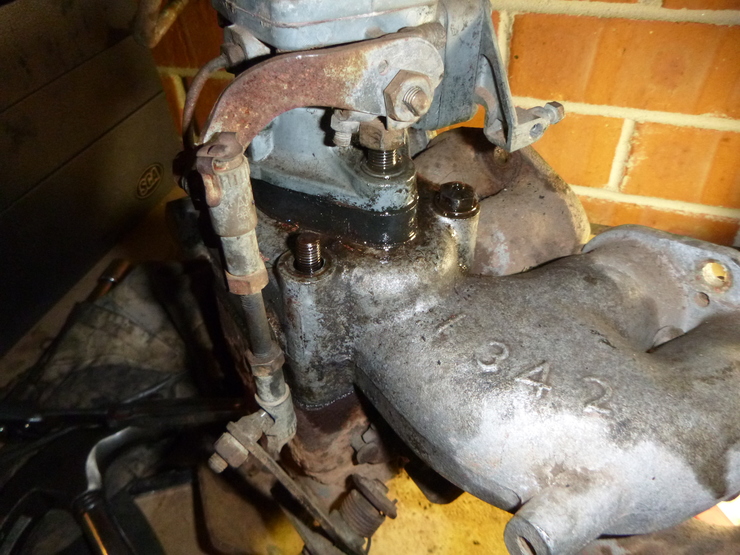 Didn’t get as much done as I wanted this weekend, only finishing the front cover, front cover mud excluder, crank pulley, starter dog, dipstick, fan, and rocker cover. The fan was a really painful job because of all the fiddly little rivets and because there was still a reasonable amount of paint left on it.

It’s all come up quite well, and I’m especially happy with the rocker cover - it looks like the day it left the factory. 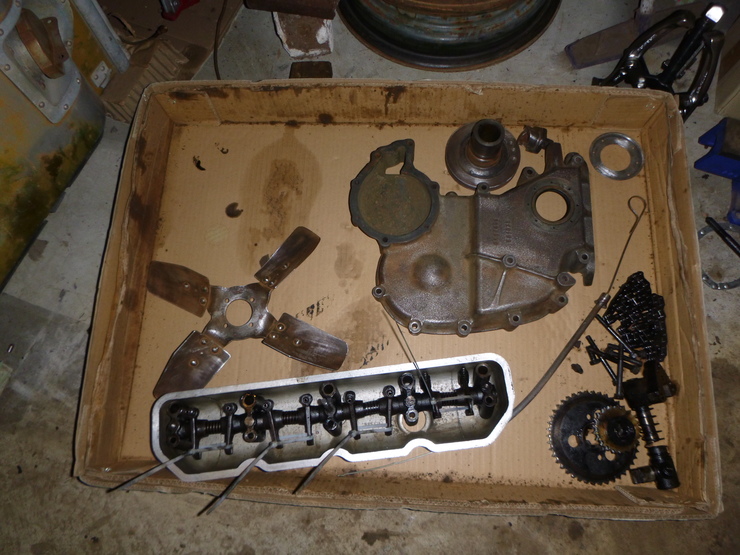