Got the head off during the week, which was fairly uneventful. The old-fashioned copper head gasket was in good condition, which bodes well. 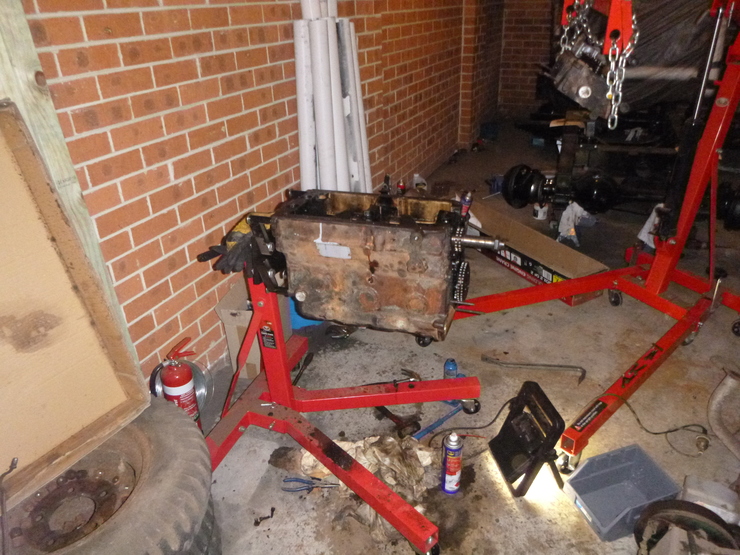 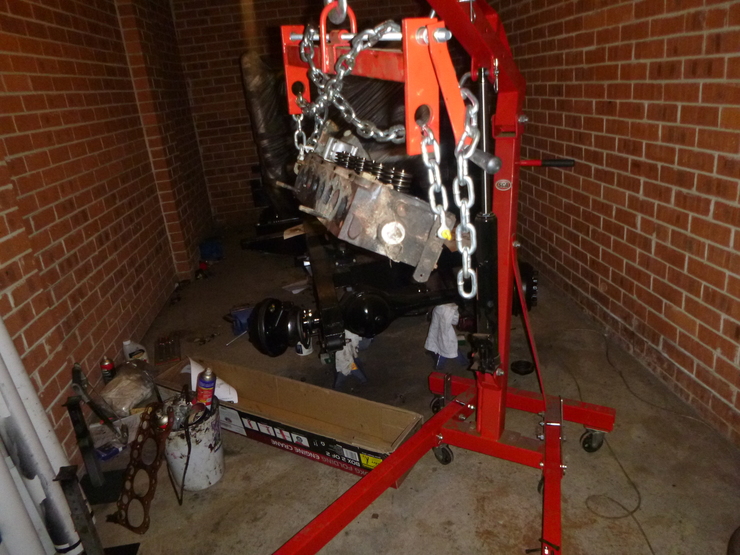 After taking the head off, I was able to remove three of the pistons very easily, they’re pictured here organised into little tubs so that I don’t get the bearings, tappets etc. mixed up. Piston #4 has some blackening around the gudgeon pin, so I’m worried this engine has been overheated at some point. 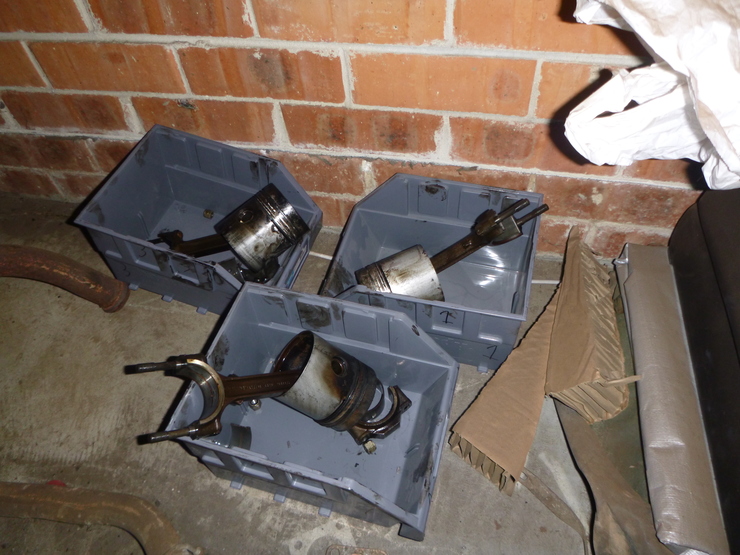 As I feared, piston #2 was stuck in pretty badly. I started it soaking during the week, first in WD40 and then in Evapo-Rust. Unfortunately, that didn’t clear up the banding at the top of the cylinder, so I decided to remove the piston out the bottom of the bore. 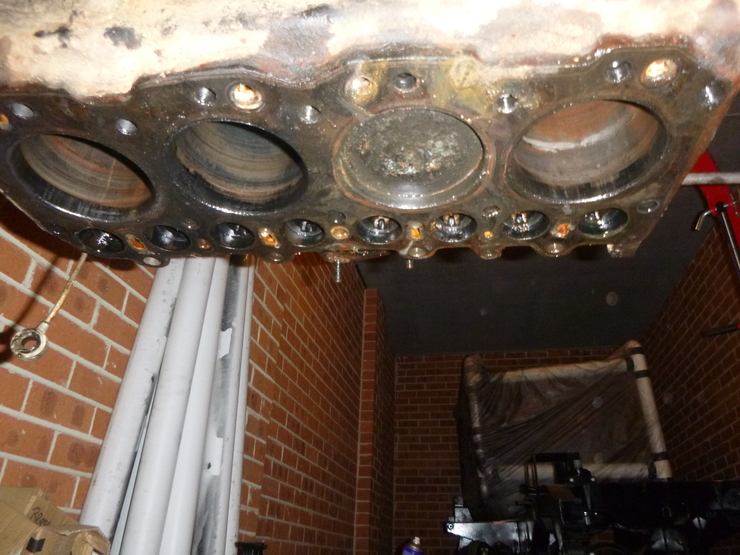 There is a problem with this approach, which is that the piston won’t clear the top of the crankshaft bearings. I decided to remedy this by shattering it as it came out the bottom, since I had no plans to reuse the piston. I thought I was doing really well at driving it out, but it stopped again at the bottom. I don’t think it’s badly stuck, but I need a longer drift before I can confidently start whacking it with a hammer again.

Getting this far was about 3 hours’ work swinging a fairly heavy hammer - it wasn’t a quick process, but I almost have the piston out (I have about 5cm to go). 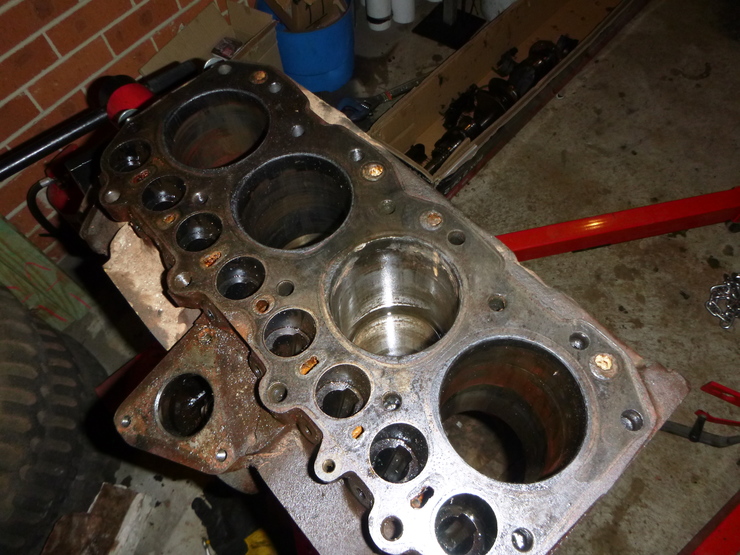 Interestingly, during this process, the piston sheared at the first indentation for the piston rings. I’ve never seen this happen before, but I’ve also never had to smash a piston to get it out of the block before. 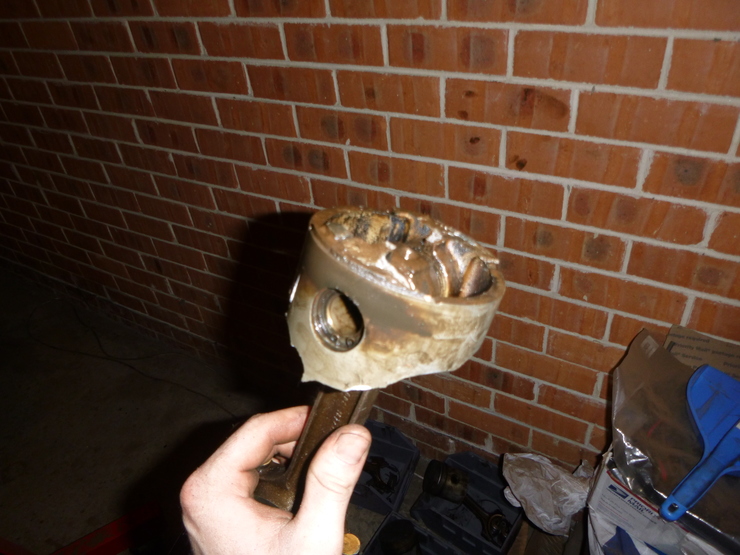 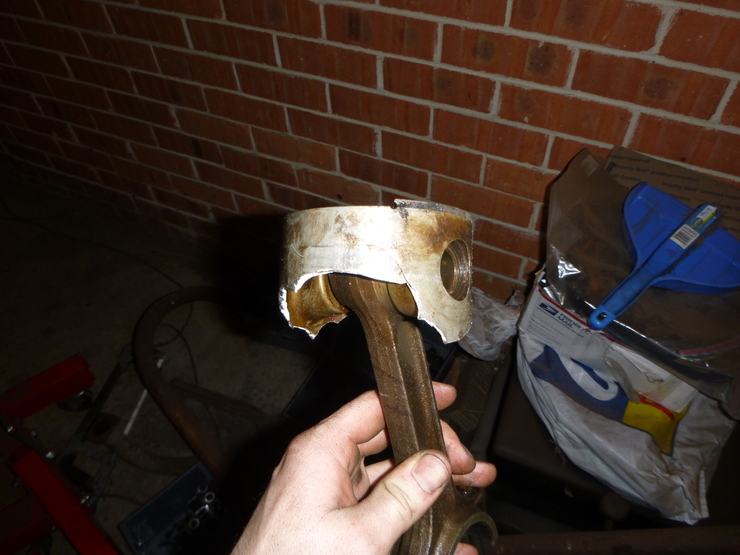 Picture below is the rig I’m using instead of buying a proper valve compressor - the d-shackle goes over the valve collets and the g-clamp presses on the valve face (with some protective timber) and the other end of the d-shackle.

The springs on these valves are a bit reluctant to compress, and the d-shackle has bent slightly, so hopefully I don’t end up having to buy a valve compressor anyway. They’re all out except these two. 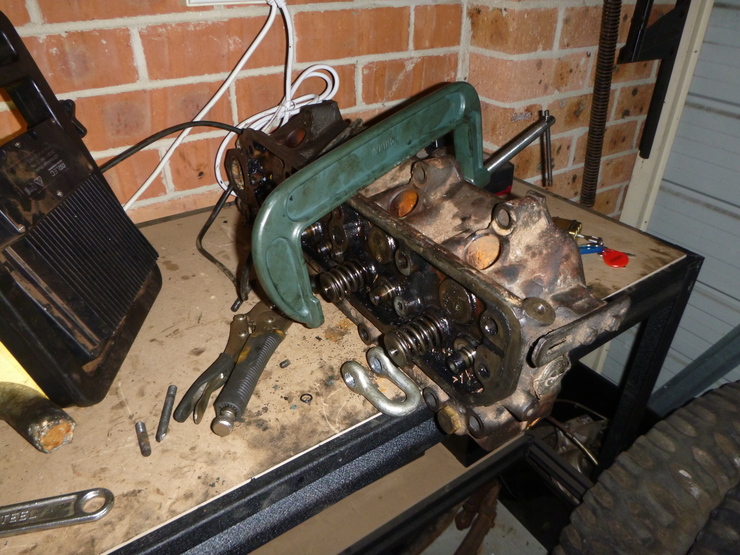 I ended up having to buy a bearing puller to get this off, but hopefully that’s something I can reuse for other tasks. 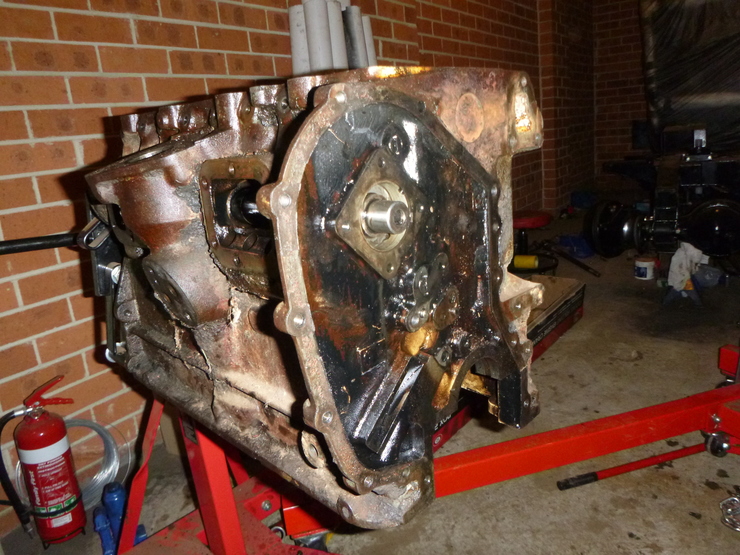 In the picture above, you might have noticed the camshaft is still in - that’s because I can’t figure out how to remove the vertical distributor and oil pump drive gear that blocks the camshaft from sliding out the end. I can see a tiny circlip at the bottom of the distributor gear, but I can’t get at it. I’ve removed the very well-hidden grub screw behind the oil filter gasket, too. Removing this is a goal for next week.

This wasn’t too eventful, and everything looks to be in good condition. I had to remove it before trying to remove piston #2 out of the bottom of the bore, but when it came out the timing gear on the end fell on my arm and gave me a nasty scratch - I’d forgotten how heavy crankshafts are (about 30kg). 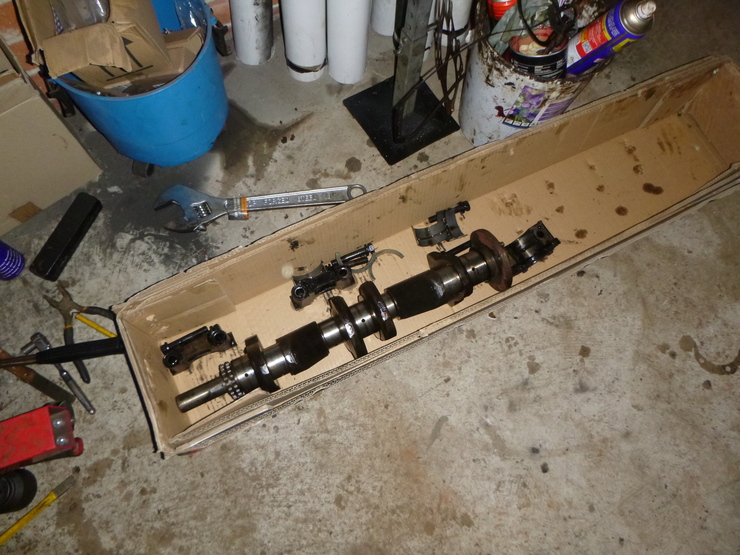 Not much to report yet, but I’ve started emailing places for quotes on reboring, cleaning, etc. Hopefully nothing horribly expensive comes back.