Most of the bolts I was waiting for arrived last week, so I could fit together a bunch of stuff that was just sitting there. This includes the hub bearing sleeves, swivel pins, and various other associated bits and pieces.

All hubs and drums separated and painted

Slowly working at the rear hubs and drums paid off when I finally got them separated last week. I’m not sure why they were stuck so fast, since they didn’t seem too badly rusted. In any case, I’ve painted them too, and they’ll be going on soon. I’d intended to get them on this week, but I got stuck on the universal joints (see below).

Most of the braking gear is now on the backing plate. The only bits missing are the locking plates for the brake anchors and the rear steady posts. 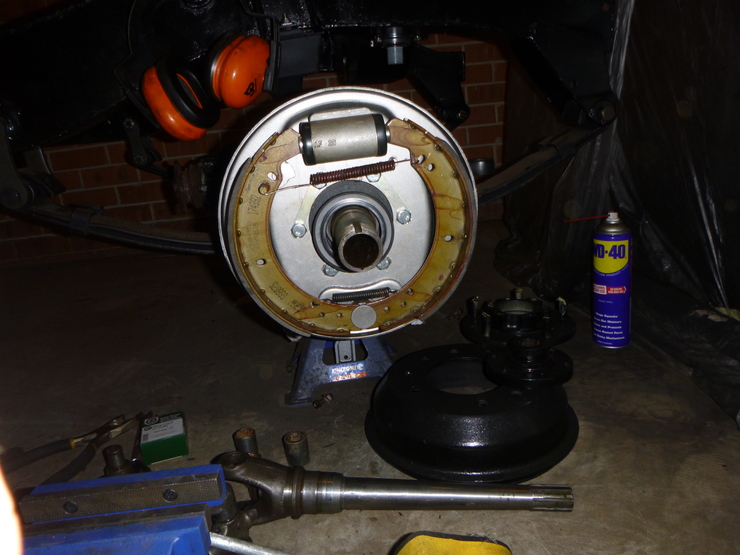 These are also done, but they’re not properly attached yet - they’re waiting on the universal joints to be done, so it’s all just sitting there at the moment. I also managed to get the stuck bolt from last week removed, by using a different sort of stuck bolt remover to the one I’d already tried.

These have given me quite a bit of grief over the last two weeks - the old ones don’t work well enough to be reused, and they’re not broken enough to be easy to remove. I’m about halfway through removing them, since I managed to get the half shafts into two parts, but one part from each side still has the universal joint attached. I spent almost an entire day on these, and didn’t make a whole lot of progress.

My plan for removing these is to file off the burrs that stop them being pushed out cleanly, and if that fails, there is just enough room to get an angle grinder in there. A hacksaw seems completely ineffective, either because of the grease (which I tried to clean off) or because it’s a really hard metal.

Unfortunately this blocks me from installing the front wheel bearings, hubs, and brake drums, but I should get unstuck once I’ve gone and bought a rasp and file set. 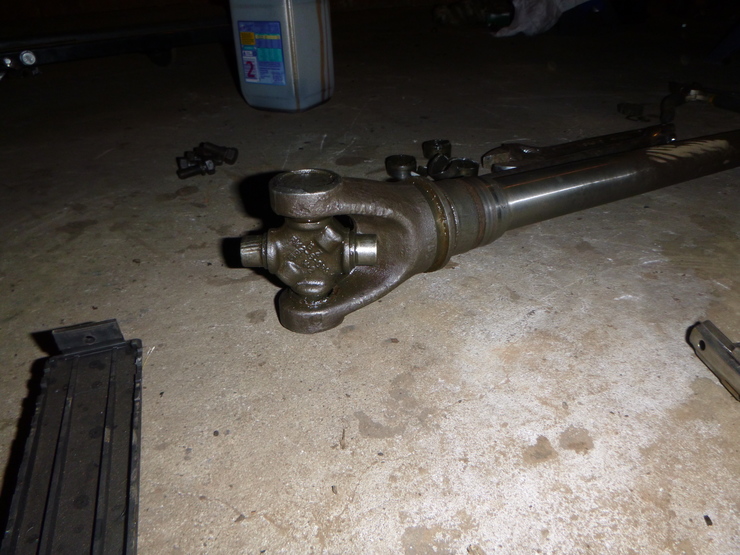