Steering relay is out

After 3-4 weeks of repeatedly bashing it with a hammer, hacksawing bits off, and lubricating, it’s finally out. The breakthrough came after it had slowly shifted up about 10mm, which let me get a bit more hammer contact on the small part between the two vertical hacksaw cuts, which then came out: 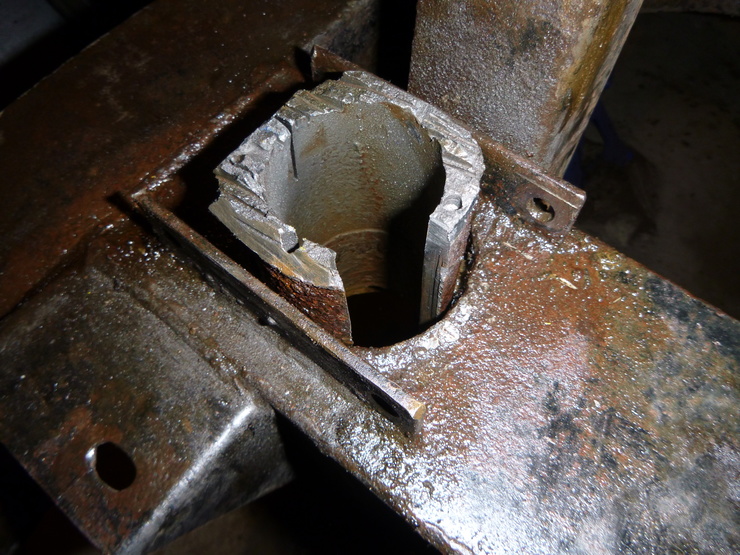 Once this bit had come out, it only needed about 30 minutes more hammering until it was loose enough to pull out the top using some vice grips. The amount of extra rusty crap that came out was enormous, and there looks to be some rust pitting around the hole through the chassis crossmember. Still, the metal seems solid enough, so some light sanding/rust converter/rust encapsulator should work. 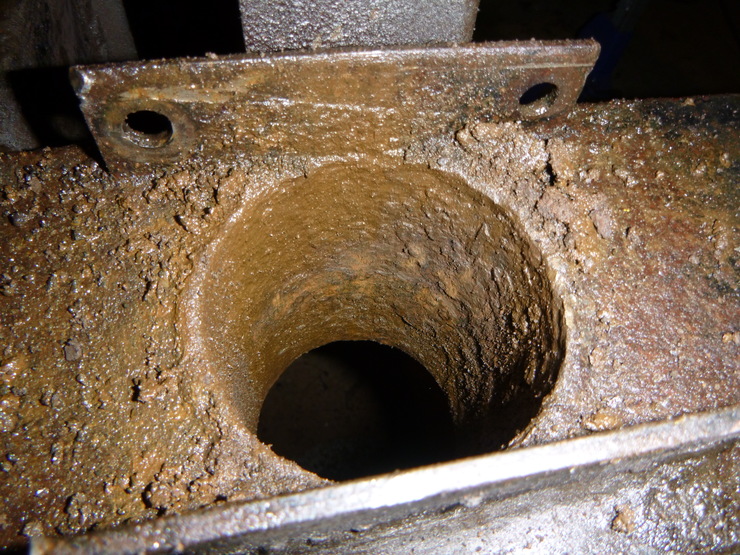 I’m glad I wasn’t trying to reuse the steering relay (and that replacements are readily available) - it would’ve been in a bad state even if it had come out easily. 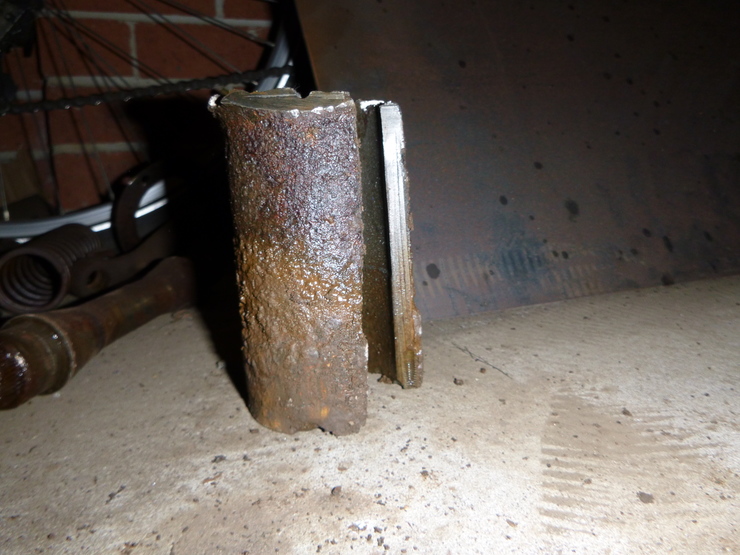 Nothing to report here, since removing the steering relay took all of Saturday, and it was way too hot on Sunday to do any serious manual labour. I tried, but my safety glasses kept filling up with large puddles of sweat. The temperatures that day were apparently an all-time record for Sydney, so it wasn’t just me.

There are a few touch-up bits of work I need to for the battery tray - one of the edges has rusted a bit deeper than I thought. I’ve got some steel of the right thickness and cut it roughly to size, but it was too hot to do all of the detail work needed to get it exactly right.

So instead, the garage got a much needed tidy-up and sweeping. Necessary work, but not much to blog about.

My goal for the coming week is to finish stripping/sanding the chassis, and weld the battery tray. I’ve optimistically ordered some primer/paint samples for the chassis, but I don’t know how long they’ll take to arrive.