Took a week off over Christmas, so apologies for the lack of posts.

This is coming along pretty well. The back half of the chassis is ready to get some primer on, and the front half is stripped but only 2/3rds sanded. I’ve not sanded the last third since I still haven’t got the steering relay out, and the whole area is constantly covered in WD-40 and metal filings.

The rear half of the chassis has come up great - most of it has sanded to a mirror finish (modulo the sanding marks), except for some easily-fixed surface rust. 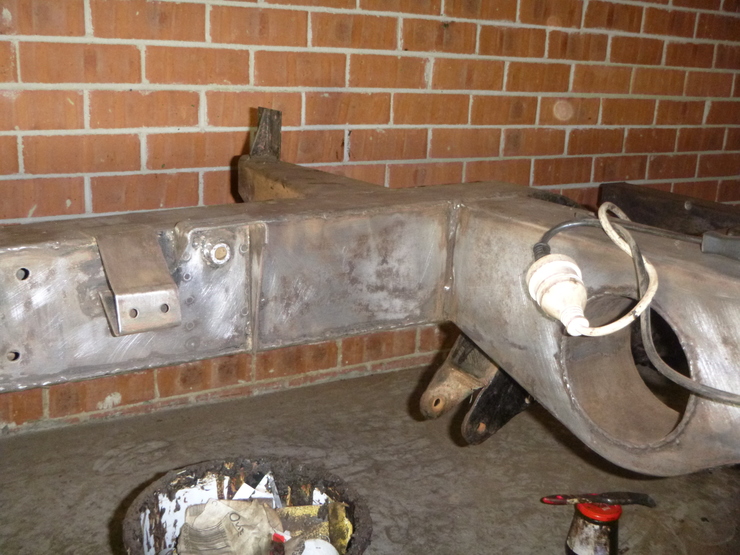 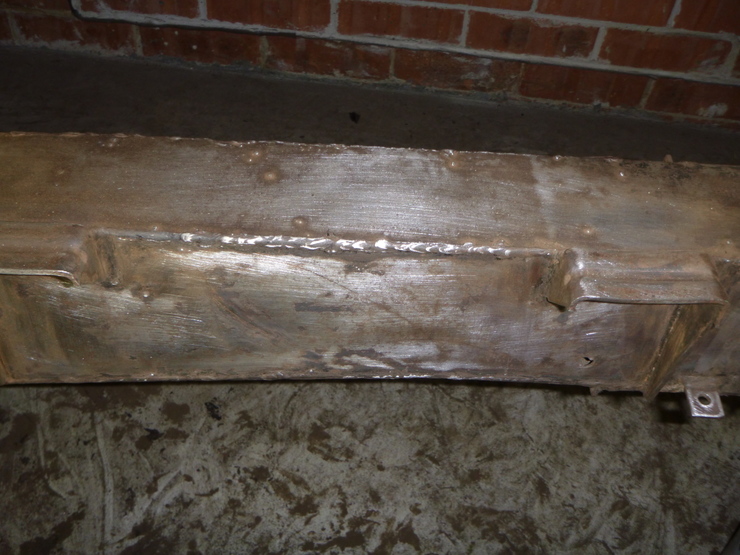 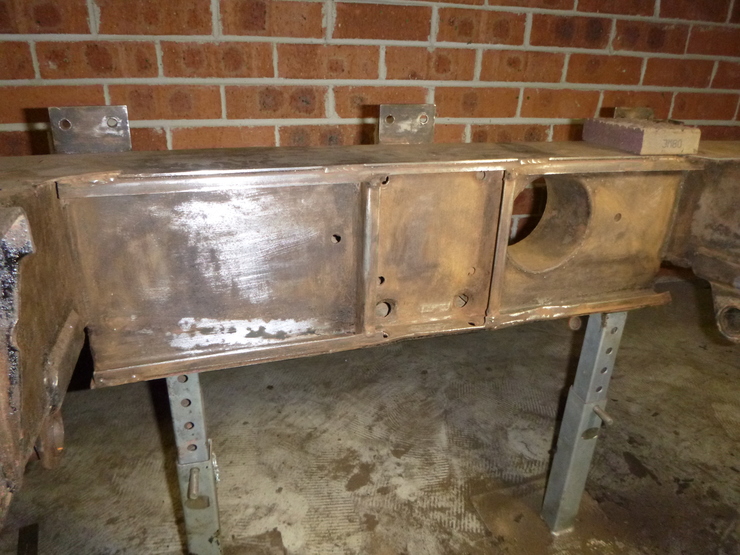 The gearbox crossmembers have been sanded more since the below photos, but I had to show the amount of dirt that came out - it was extraordinary. I ended up having to alternate between sticking a screwdriver in to break up the larger chunks, and blasting it with compressed air. It came up fine in the end. 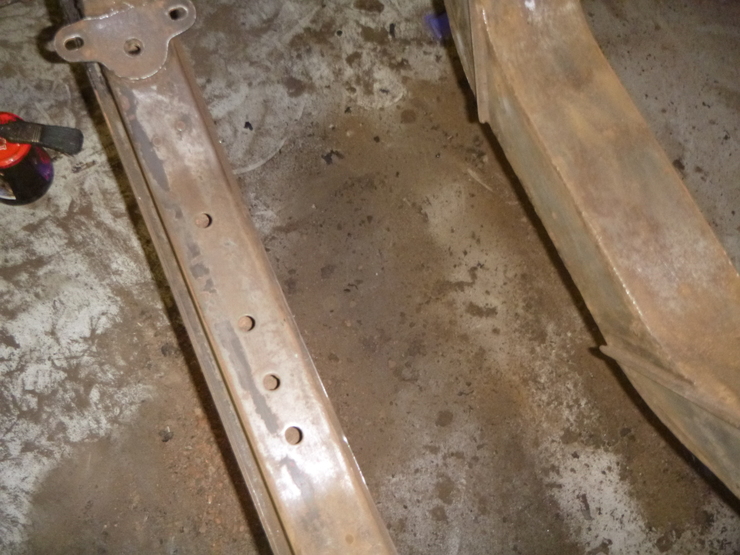 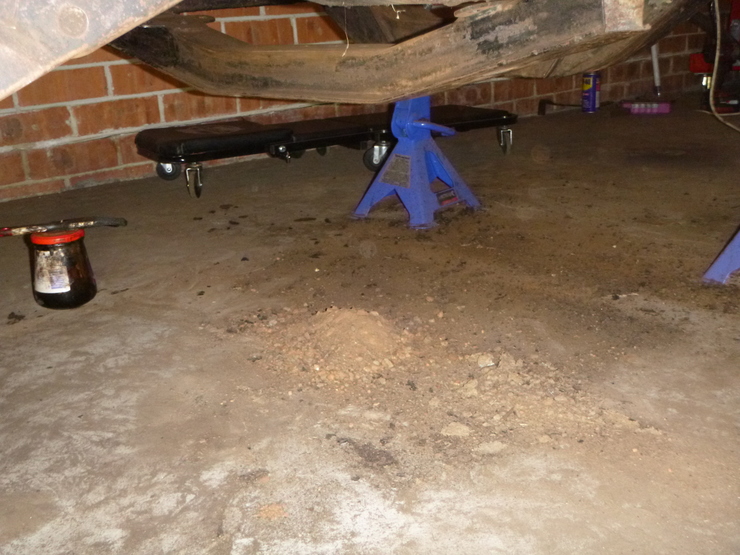 It’s been a pretty gruelling week with the steering relay - in the end I decided to just hacksaw off the entire bit that sticks out the top, and then work on hacksawing out the central shaft part. I’ve gone through five hacksaw blades, but it’s all mostly off now. Compare this part of the car to my last blog post to see how much metal I’ve taken off. (I couldn’t get an angle grinder in because the battery tray and brackets get in the way.)

The chewed-up texture is because I’ve been hacksawing vertical cuts about 4mm apart and 15mm deep, and then chiselling off the little metal “cliffs” that result.

Anyway, I might not need to hacksaw the shaft - as you can see from the photos, I can now get WD-40 directly into the gap between the chassis crossmember and the steering relay housing. This freed it enough to move upwards about 5mm, which was tremendously exciting. The photo of the underside of the shaft shows it’s moved - it was previously protruding from the crossmember.

The fact that this has moved means it might be possible to remove those two final “wings” on the top part, and hammer it downwards instead of upwards - this will let me hit it with more force, and it also means the thick part of the relay housing, at the bottom, has less distance to travel through the crossmember.

The area around this is surrounded by a weird mix of WD-40, rust from inside the chamber, and the various other chemicals I’ve tried. Suffice to say this will be one of the parts getting replaced… 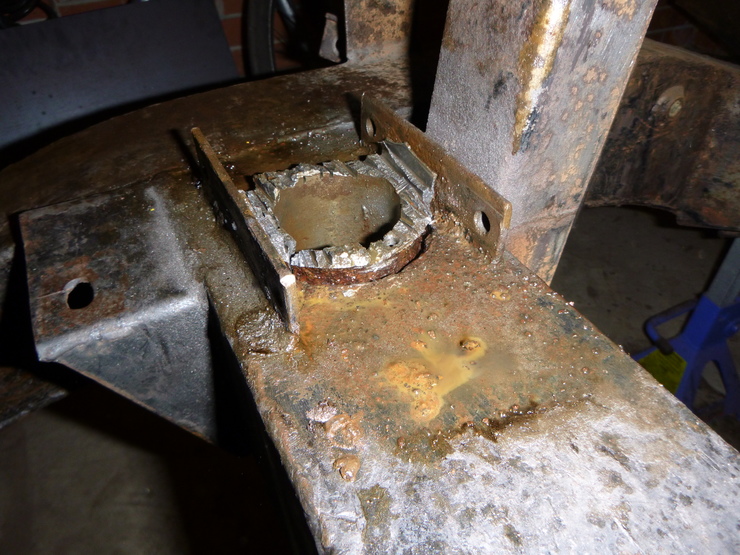 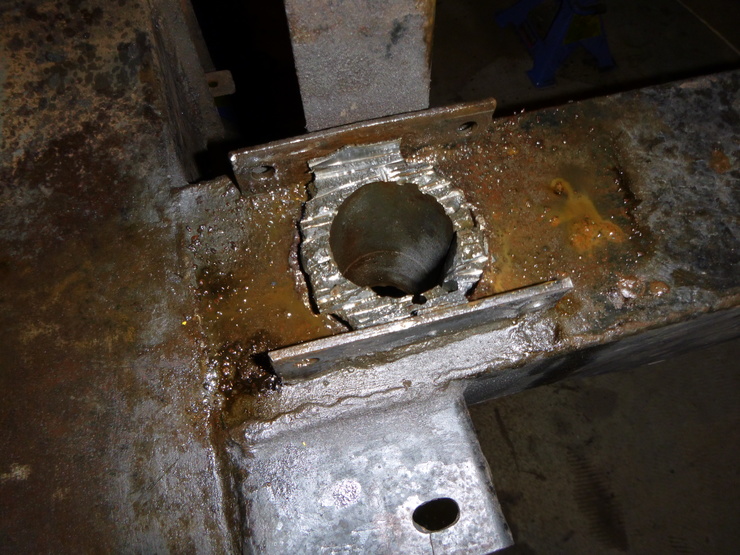 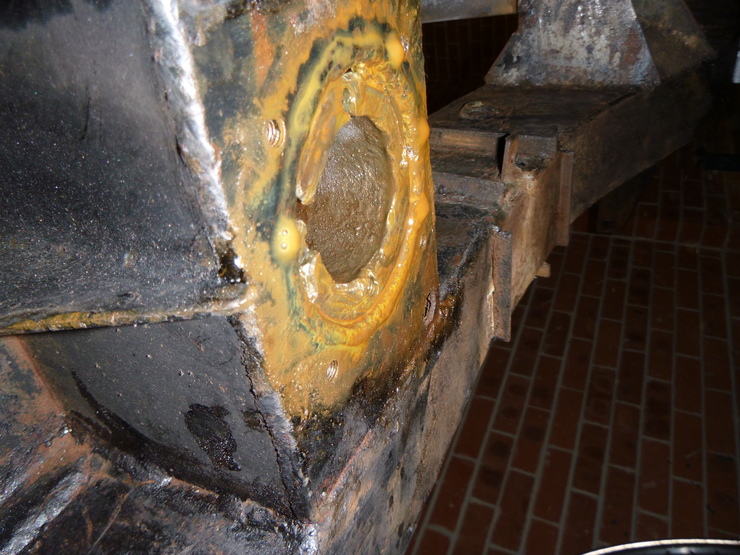