This is taking a silly amount of time. Some bits are coming up well, here’s a picture of the rear crossmember after applting some paint stripper, scraping off the ensuing gunk, and going over it with a sanding sponge: 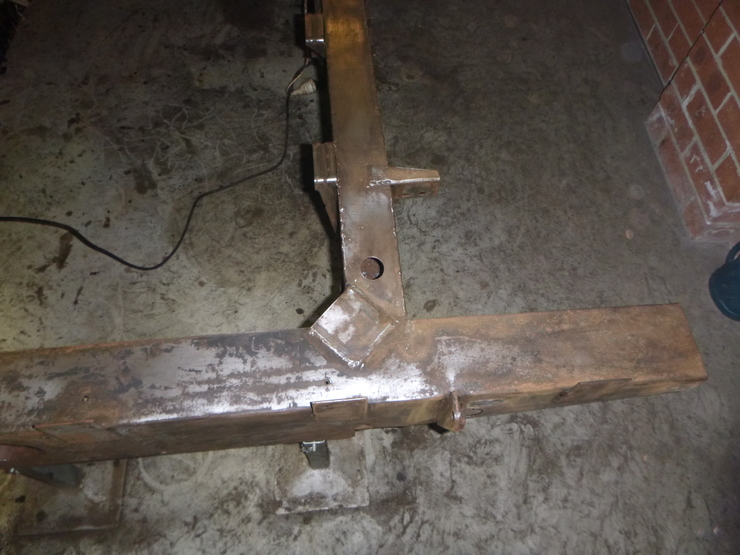 The bits of the chassis I’ve seen are in great condition, with only minimal surface rust - nothing a bit of rust converter and encapsulator won’t fix. Unfortunately, not all of it is coming along so well. Pictured is the middle crossmember after the same treatment with paint stripper and scraping: 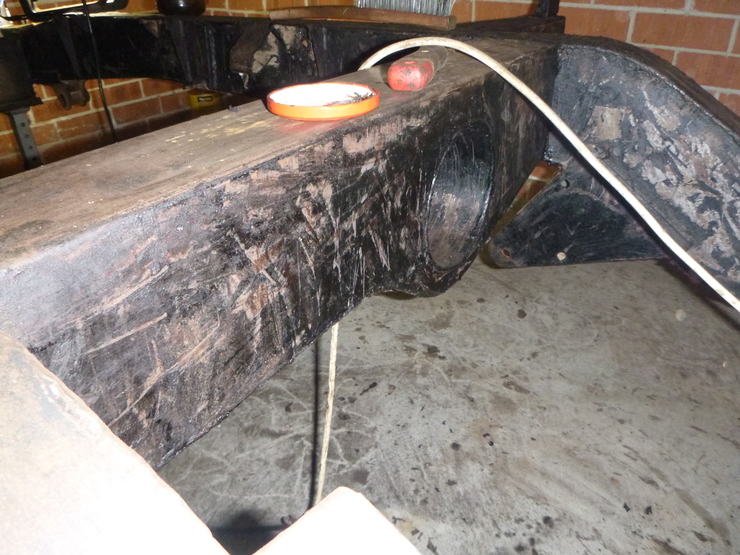 The main difference between these two photos seems to be whether the first application of paint stripper takes off both layers of paint. Clearly the rear crossmember has had all of the paint come off, but the middle crossmember still has a pretty good undercoat left. I’m making progress on stripping the chassis like this, but it takes about an hour to do one metre of metal, so it’s slow going. I think I’m about halfway.

Yep, it’s still in the car. Here’s a list of the stuff I’ve tried:

Here’s a picture after a few cuts with a hacksaw - one down the middle, and a couple of strategic ones in the top to make it easier to get the butane torch in. It was originally a perfect circle with a few holes drilled. 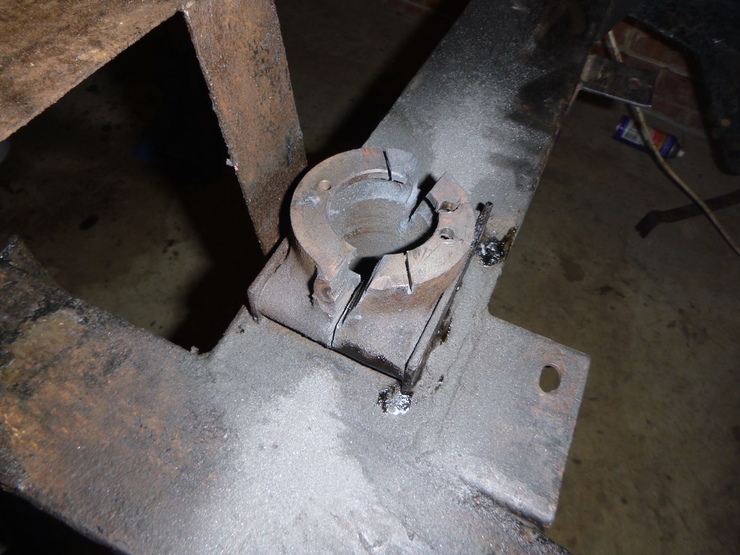 The piles of silver dust around it is metal sawdust - it’s taking quite a lot of work to get this thing out. The weird shiny bits at the corners are where the oil filling the gap between the relay and the chassis boiled over while using the butane canister.

As an aside to anyone reading this - when dismantling the steering relay in place, be very careful since the enormous spring under tension is quite dangerous. I knew this already, but even so - it managed to launch itself through a calico bag and only just missed my foot. The noise was pretty incredible.

For the rest of the week, I’m (still!) hoping to get the chassis cleaned up, and the steering relay removed. Watch this space…