Continued wiring things up this weekend, and managed to tackle the two parts I was least looking forward to - the junction box and the dash panel.

The junction box (pictured below without the lid) was incredibly fiddly, the whole thing is maybe 6cm across, and there are a lot of wires to get in and out. I still haven’t got the screws I need to fix it to the bulkhead, but I’m hoping I can attach it without having to re-wire it.

The dash panel is also done (pictured below, with the speedometer cable still detached). I ended up needing to solder the main beam warning lamp back into place, and I also took the time to replace some of the more dangerously frayed wires. I’m still trying to figure out what the second hole on the speedometer is for - I think it might be for a second speedometer light, but there isn’t anything in the workshop or parts manuals, and none of the other speedometers I’ve seen online have had a second backlight. I might just order another one and put it in there anyway, since it’ll stop dust getting in. 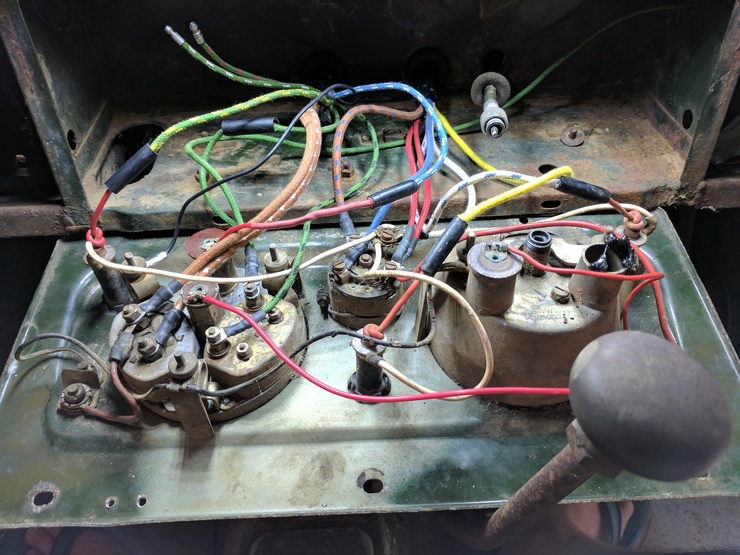 The list of “other stuff” I managed to get done includes the headlamp dip switch (which took a surprisingly long time due to the inconvenient location) and the fuel tank sender wiring. The fuel tank sender wiring is an extremely fiddly job, requiring a 7/32 in. socket, and is in an extremely tight location - it was literally impossible to take a photo of, but at the tank end there is about 2cm of vertical space, and it is also impossible to use a ratchet without several extension bars, and even then it was on a slight angle (so I had to start the thread by hand, a challenge due to the space). I imagine it was designed to be installed/serviced with the seat box removed, since the sender unit as a while is impossible to remove while the seat box is attached.

I was about to start wiring up the generator, when I noticed that the wires were currently attached with spade connectors, which seemed a bit too modern, and my wiring harness provided circular connectors. I looked into it, and my generator appears to be a unit from a 2.6-litre petrol engine rather than the 2.25-litre. I thought it might have been a replacement unit, but it said “Lucas” on top, and there were cable clips running along the opposite side of the car to where my new wiring harness went. My guess it that they ran out of the “correct” generator at the factory, and fitted whatever they had lying around - this happened surprisingly frequently from what I’ve heard. Either way, I’ll have to fix up my cable harness to match the back of my generator (pictured below). You can see the top spade connector quite clearly, and the other is below it at a 45-degree angle, facing the camera vertically so it’s a little hard to see. Apologies for the image quality, it’s a screenshot from a video since the location makes it impossible to see the screen of my phone so I couldn’t take a photo. 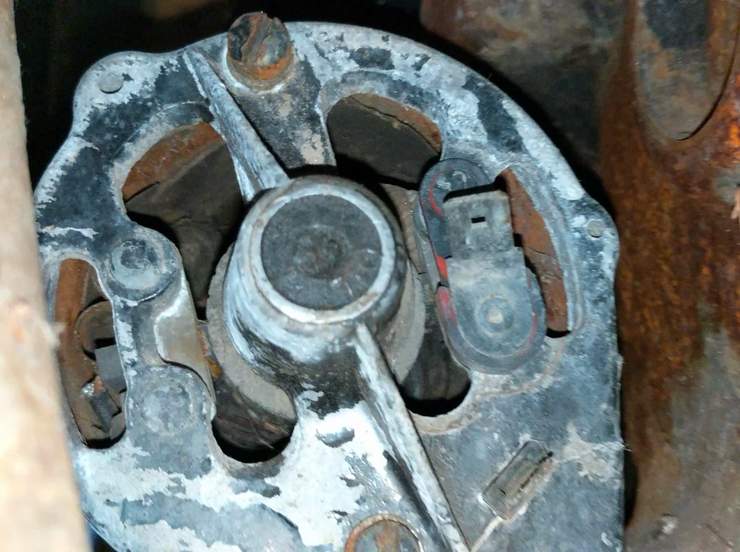 I also managed to get a battery, which surprisingly had the terminals on the correct side and in the correct order. It isn’t hooked up to anything, but hopefully that will happen next weekend. Speaking of next weekend, the remaining electrical items are:

Once all that is done, I should be able to turn the key and check the lights, horn, etc. Then I’ll be moving onto the high-voltage electrical bits (thankfully, there are relatively few of those).