I managed to get a fair bit of wiring done this weekend, although a bit less than I had hoped. Most jobs took slightly longer than usual, and some jobs took much longer than usual. I started with the main wiring harness, which mostly went in OK - getting the dashboard cables in proved a bit tricky, but it worked when I removed the rubber grommets and installed them first, rather than trying to do it after the wires were installed. 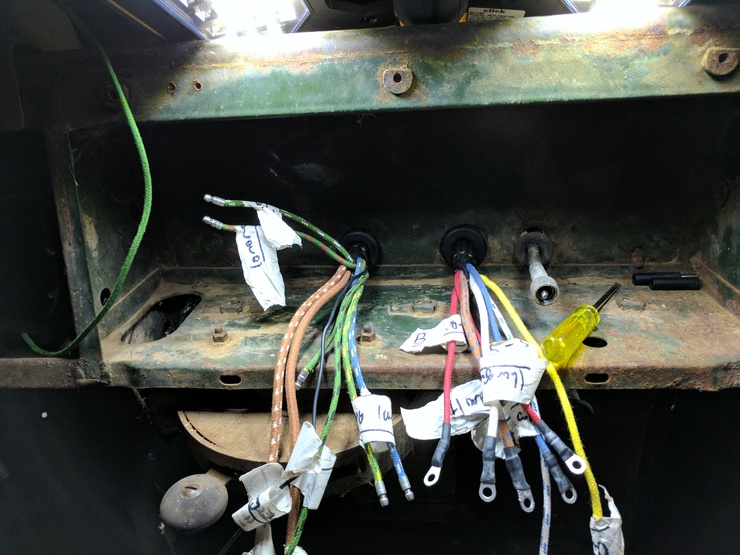 After that, I spent a couple of hours trying to get the frame harness fitted (the long one that goes from the front of the car to the back). I had to run this from a hole about 4cm across, through 2.5m of chassis, and out of another hole 4cm across at the back of the car. Both holes face up, which made running the cable through very tricky. I ended up using a tape measure with a piece of string attached, since the tape measure was stiff enough to not get caught on sharp edges inside the chassis frame, and the string let me grab it easily when it got to the front. I then tied the cable harness to the string and pulled it back through.

On Sunday, I spent a bit of time cleaning up the voltage control box and fuse box, then attached the various cables. This was my first time stripping cloth-wrapped wires, and unfortunately I don’t think I can use normal wire strippers since they don’t cut all of the way around the cloth, and when you pull it, it doesn’t stretch and break like normal wire wrapping does. I eventually settled on a craft knife to cut the cloth and remove it separately, then using normal wire cutters to cut the inner plasticky part. I only managed to do the voltage control box and and fuse box in the time I had, so there are likely a couple more days of work here. 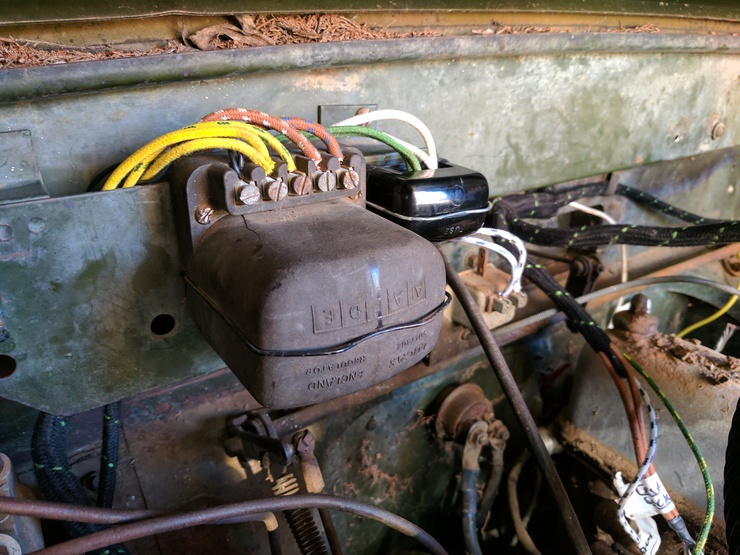 There were also some complications wiring up the oil pressure gauge - the bolt on the oil pressure sender (near the oil filter) was slightly too large for the circular connector on my wiring harness. I tried a few things, but since it was only out by about 1mm, I just drilled out the connector to be slightly larger.

Lastly, it seems like there is a size problem with the bullet connectors provided with the wiring harness - I think they’re a bit too big for the existing black plastic connectors, but they could also be extremely tight. I’ll have to check in the parts manual if there are different sizes, or if I just need to try harder at making them fit. (You can see a couple of connectors in the first photo - the long black plastic ones lying in the corner of the dashboard.)