As an apology for the boring-ness of this week’s post, here’s a picture of the shed I’m working in, with some pretty flowers on top. 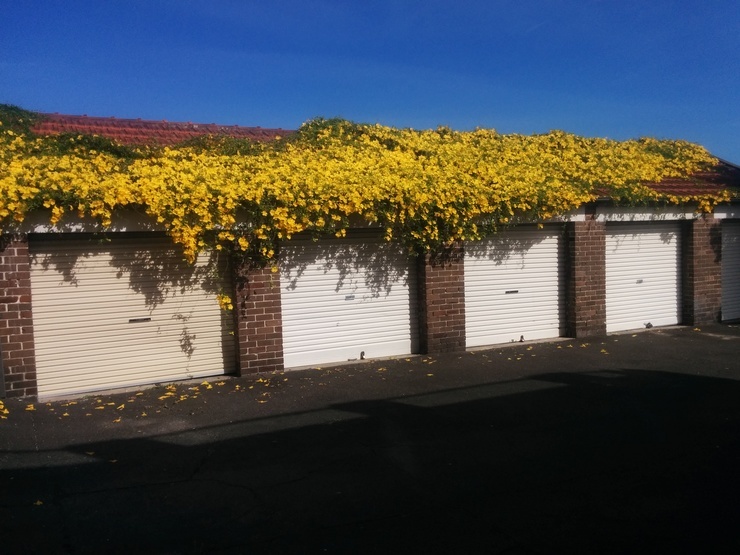 On Saturday morning, I managed to drill out the rusted screws holding the headlight bowls in. A nice new set of cobalt drill tips really helped here, they made my crappy $90 battery drill seem like a much nicer tool than it is. I only plan on keeping the battery drill for a year or two, since I might move into a place with power to the shed.

After the headlights were out, I organised all the bits into plastic containers

On Sunday, I spent about six hours poring over workshop manuals and parts manuals, trying to figure out the exact components I was meant to have, vs. what I had. This is a surprisingly complicated process for some parts, in particular my side lights.

There were two sorts of side lamps sent to Australia, the “Sparto” type and the “Lucas” type, and I found one of each in my side lights. I concluded mine were originally the Sparto type, since they were used on the early Series II Land Rovers, and mine is #83. It is also very unlikely that the Sparto one was a replacement, as they’re quite rare. The Sparto lamp is below on the left, and the Lucas one is on the right. 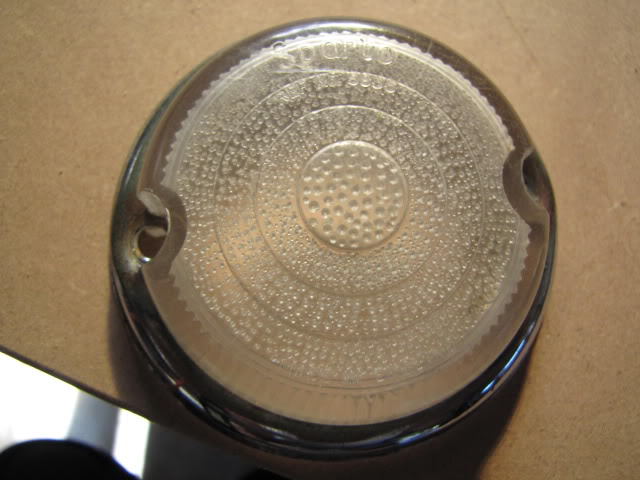 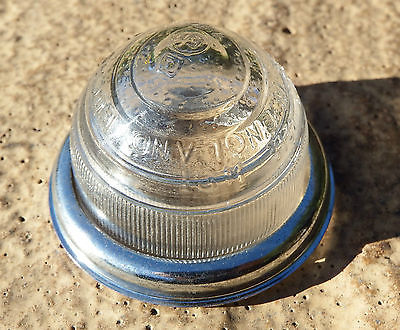 I managed to source replacement parts for the side lamps after a bit of searching, but I ran out of luck for the tail lamps - I couldn’t find bezels (I’m missing one, I might ask my brother to take a look in the shed in Narrabri), and I also couldn’t find any replacement rubber boots. Some guy on a forum somewhere did a production run back in 2014, I might try to track them down.

All the other random bits and pieces (fuse box cover, rubber grommets, etc.) have been ordered and are shipping from the UK, so I’ll keep looking in the meantime. Lucky my car doesn’t have indicators, since they’re even rarer!

As far as the “generic” parts go (wires, bullet connectors), I should be OK sourcing from within Australia. There are plenty of websites that sell Imperial-sized nuts, screws, bolts etc., and the bullet connectors are available from a few places.

The wiring is a bit harder though - I can get plenty of wires between 10 and 18 gauge, but the problem is the colours. The workshop manual specifies stuff like “green with yellow stripes”, so I’ve got two options here - visit an automotive electrician, or get some generic coloured wire and paint it for the few bits that need it. Not sure what I’ll do yet.